German painter and photomontagist. She moved to Berlin in 1912 to study at the Städtischen Kunstgewerbe- und Handwerksschule Charlottenburg. Her course was interrupted by the outbreak of World War I, and she then enrolled at the Lehranstalt des Kunstgewerbemuseums in Berlin, where she studied under Emil Orlik until 1920. She had a relationship with Raoul Hausmann from 1915 to 1922, and through him came into contact with the literary and artistic circle that formed the Club Dada (see Dada) in 1918. The collective activities of this avant-garde movement came to a climax between 1918 and 1922 in exhibitions, demonstrations and multimedia events. Photomontage (e.g. Mother, 1925–6) which was its own expressive art form, was created by Höch and Hausmann in 1918, partly as a response to the instability of the war years, and partly as an anti-academic alternative to German Expressionism. 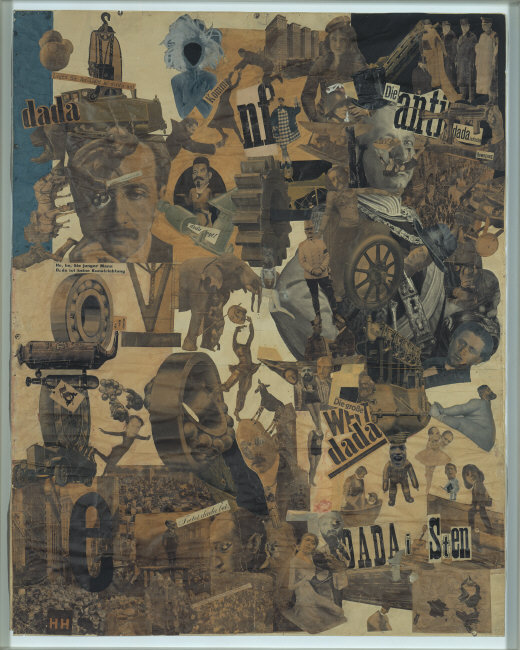 Höch’s best-known photomontage, Cut with the Dada Kitchen Knife through the Last Era of the Weimar Beer-belly Culture (1919–20), was exhibited at the First International Dada Fair in 1920. It represented post-war confusion and misery, political upheaval and the consolidation of a young republic; Höch laid out the contemporary images rhythmically, in order to convey the pace and heterogeneity of this revolution. Her other early photomontages show isolated, exposed objects in abstract spatial constructions. She put them together in three thematic cycles entitled From an Ethnographic Museum (1925–9), Love (c. 1926; see Adriani, p. 164) and Portraits (1924–30), which included The Melancholic (1925; see Adriani, p. 148). She was particularly interested in the ironic banter concerning the ‘new’ type of woman, which was propagated at that time. 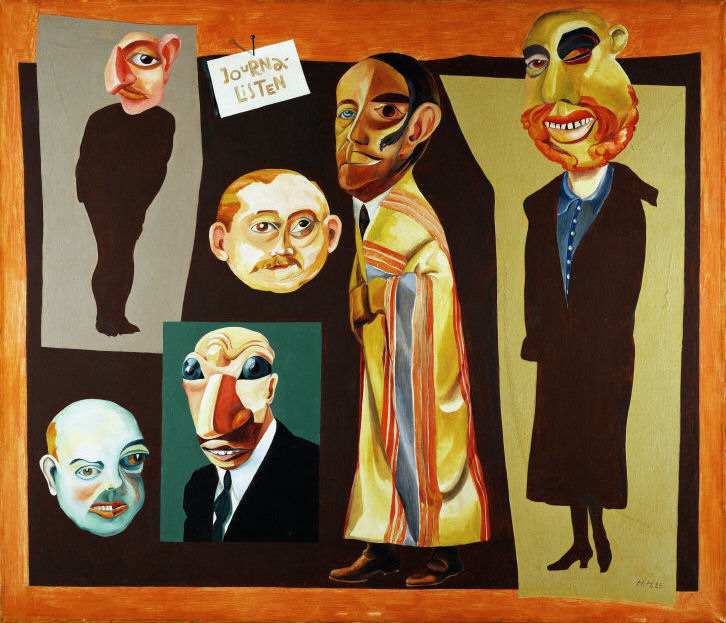 Höch’s paintings of the 1920s show a similar tension between abstract–constructivist creative tendencies and objective–surreal compositions (see The Journalists, 1925). A few of them, for example Rome (900×1060 mm, 1925; Berlin, Berlin. Gal.), simulate the constituent elements of photomontage and demonstrate a lively interaction between the different areas of her work. Asta Nielsen and Benito Mussolini appear among silhouetted architectural quotes, and the actress sends Mussolini out of the square. Other works from this period come close to Magic Realism in the striking way the objects are depicted. In the 1920s Höch also began to design patterns for materials and wallpaper (some are now in the V&A, London), and produced linowork, fashion drawings, illustrations for book covers, as well as costume and theatre designs for the planned Anti-Revue of Kurt Schwitters. In 1922 and 1923 she installed two ‘grottoes’ in Schwitters’s Merzbau (destr. 1943).

In 1926 Höch met the Dutch author Til Brugman (1888–1956), living with her until 1929 in The Hague and then until 1935 in Berlin. The move to Germany was the first step towards an inner exile. Despite the threat of persecution she worked on. Numerous photomontages and paintings were created in response to contemporary political events. Trainer (collage, c. 1930; Zurich, Ksthaus) and the Strong Men (collage, 245×135 mm, 1931; Stuttgart, Inst. Auslandsbeziehungen) play on the body-building muscle-men image of the Nazi Brownshirts. In combining the impressive masculine pose with fragments of female bodies Höch introduced the theme of the struggle of the sexes into her work. At the same time the expressive aspect of her painting became increasingly important. The composition became more dynamic by applying the colour smoothly or splashing it on and by increasingly purifying the figurative images. Höch had been classed as a ‘cultural Bolshevist’ by the Nazis, and she completed her process of withdrawal in 1939 when she moved to the protective isolation of Heiligensee, a rural suburb of Berlin.

Höch’s Pictures of Times of Misery all sprang from impressions of contemporary events. In Wild Uprising (oil on canvas, 940×820 mm, 1933) and 1945 (The End) (oil on canvas, 940×810 mm, 1945; both Berlin, Berlin. Sparkasse) she used visionary codes to depict epochal events. In the first example a figure springs out of a huge boorish body, looking resolutely out of the picture, but in the second picture it sways like a lifeless shell. This forced expressiveness could be interpreted as a protest against Fascist art legislation. Compared to the dramatizing of the content and form of pictures, many photomontages kept their subtle, cutting irony. The persecutor of the Flight (collage, 230×184 mm, 1931; Stuttgart, Inst. Auslandsbeziehungen) was thus transformed into a chicken with wasted limbs. The Seven Mile Boots (collage, 229×322 mm, 1937; Hamburg, Ksthalle) illustrates a promising means of locomotion, to escape from a national, petty-bourgeois landscape. After World War II the points of emphasis in the photomontages and pictures shifted. Höch anchored concrete symbols of sentimental personal value, which were associative and related to reality, in geometric spatial constructions; in place of mocking ironic details, the collages were more like surreal abstractions and the titles were a guide to their interpretation.

The many sides of reality, which were previously expressed by the stylistic heterogeneity of Höch’s work, were transposed in her later work by exposing the inner crystalline structures. She turned to the secret world of forms, in order to deprive tangible reality of its true terms of existence and so to disclose the way in which these terms worked. In such photomontages as Fata Morgana (212×282 mm, 1957; Düsseldorf, Gal. Remmert & Barth) Höch was successful in creating complete coherence between motif and image. The aesthetic transformation is totally in accord with the hidden meaning of the object. However, the late works all express the secret poetry of an unseen cosmic order. Here her artistic intentions were close to those of Max Ernst, Paul Klee or Meret Oppenheim. Like Höch, they were all searching for an aesthetic analogy to the universal regular laws of nature. Appreciation of Höch’s work grew particularly after the 1970s. 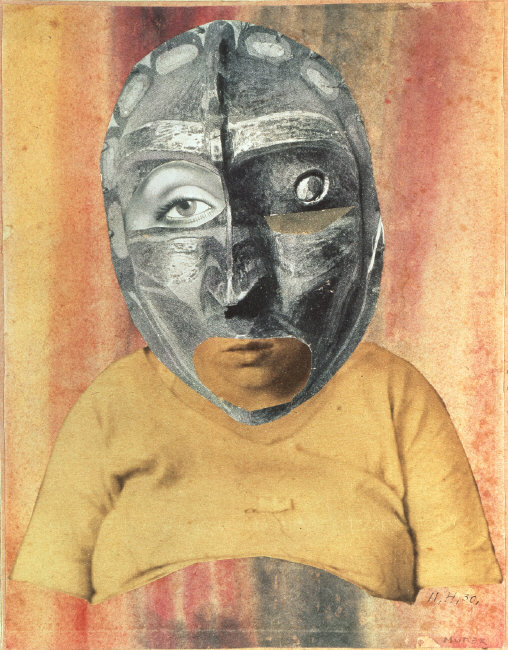