The artists associated with Cubism were interested in creating new methods of representation. In depicting the world around them, these artists included multiple viewpoints, distorted forms, and ambiguous spatial relationships in their artworks. The traditional use of perspective, which creates a convincing three-dimensional illusion of space, was abandoned, challenging viewers to understand a subject broken down into its geometrical components and often represented from several angles at once.

All three works in this lesson depict the human figure, a classic subject for artists, and were painted by Pablo Picasso and Georges Braque, pioneers of Cubism. The first work students will look at, Picasso’s Les Demoiselles d’Avignon, shocked and even repulsed the artist’s contemporaries with its style and subject. The second and third works demonstrate the creative relationship that developed between Picasso and Braque as they experimented with this new style of painting, which was named after a critic’s derogatory remark. 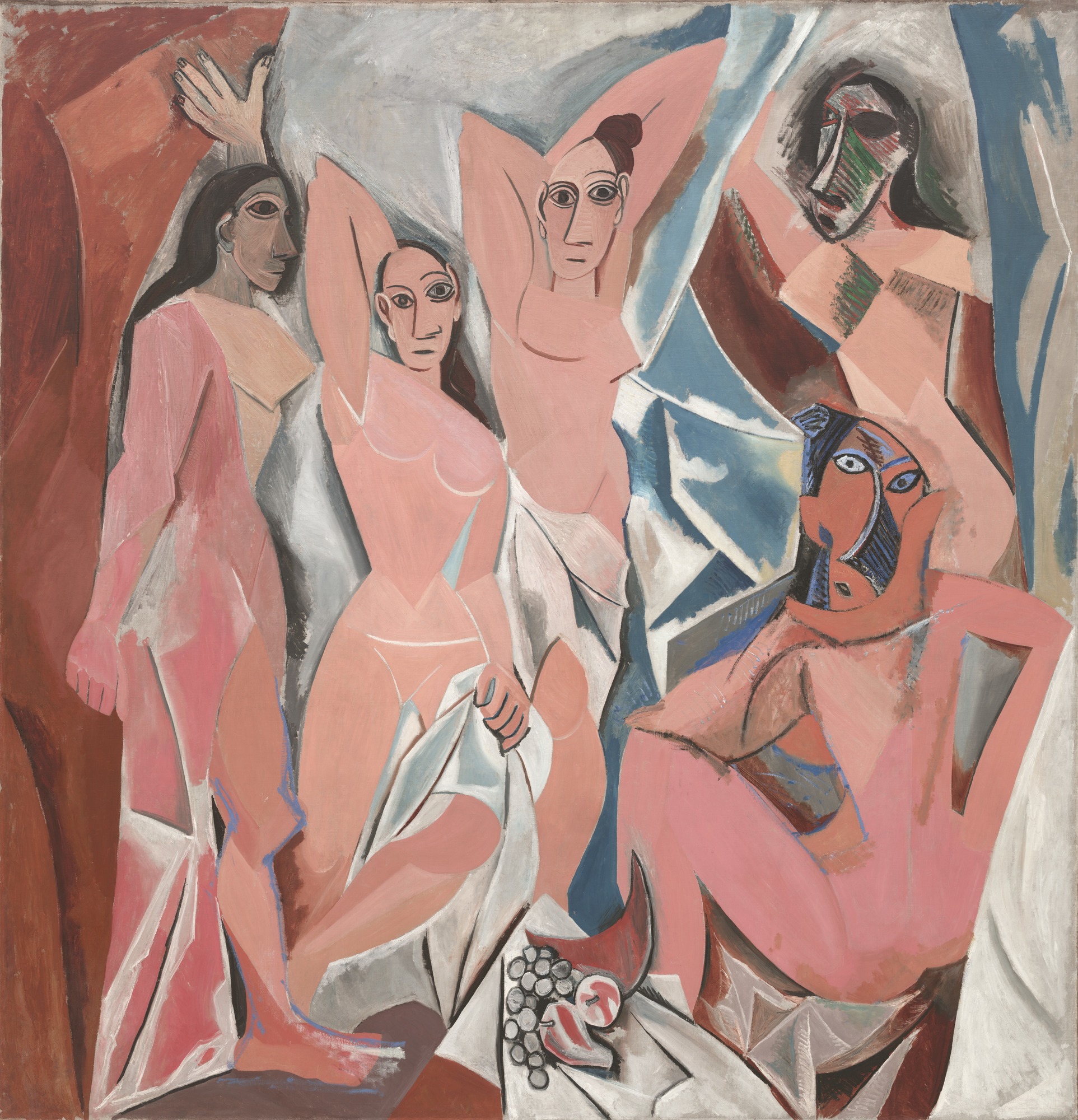 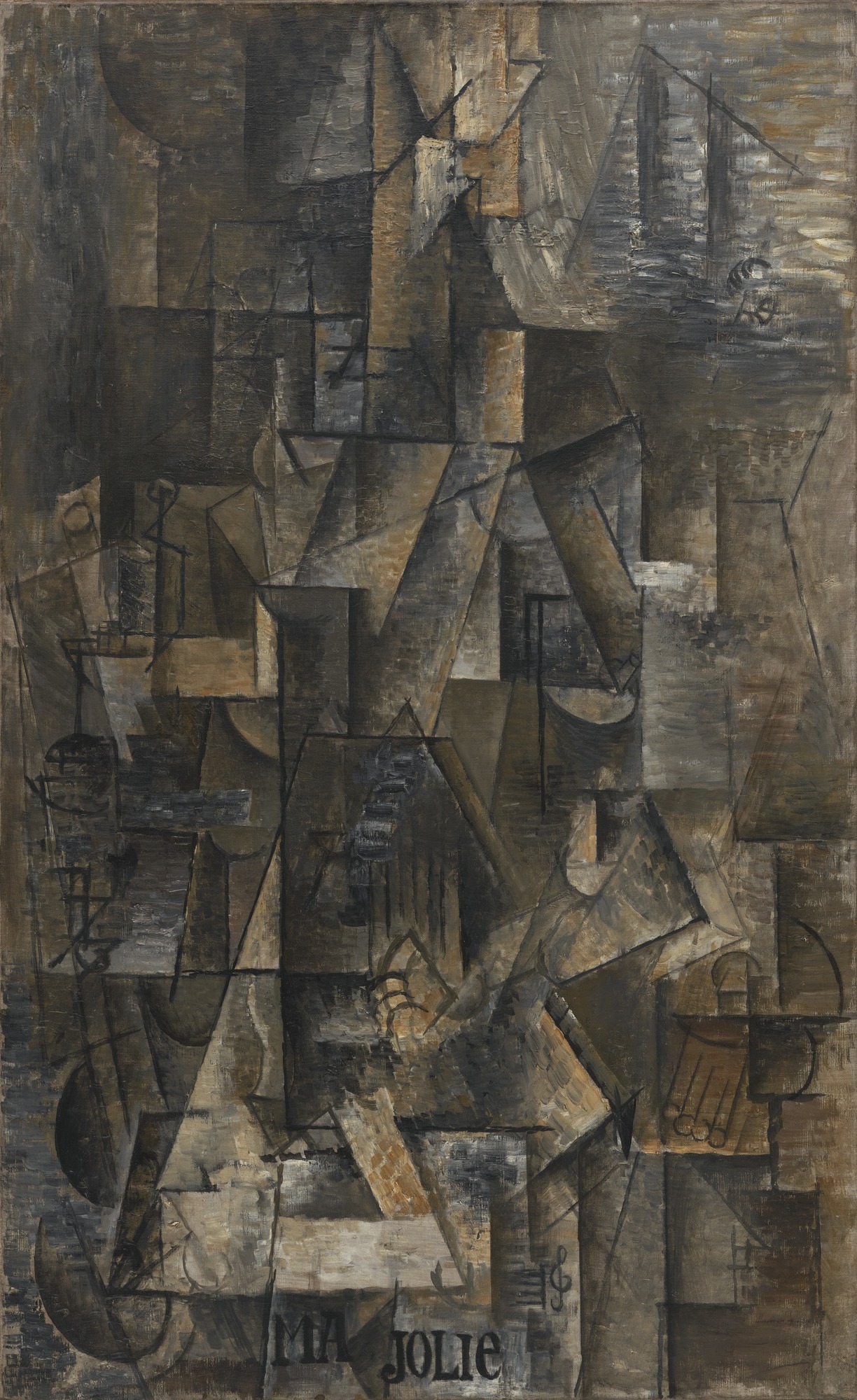 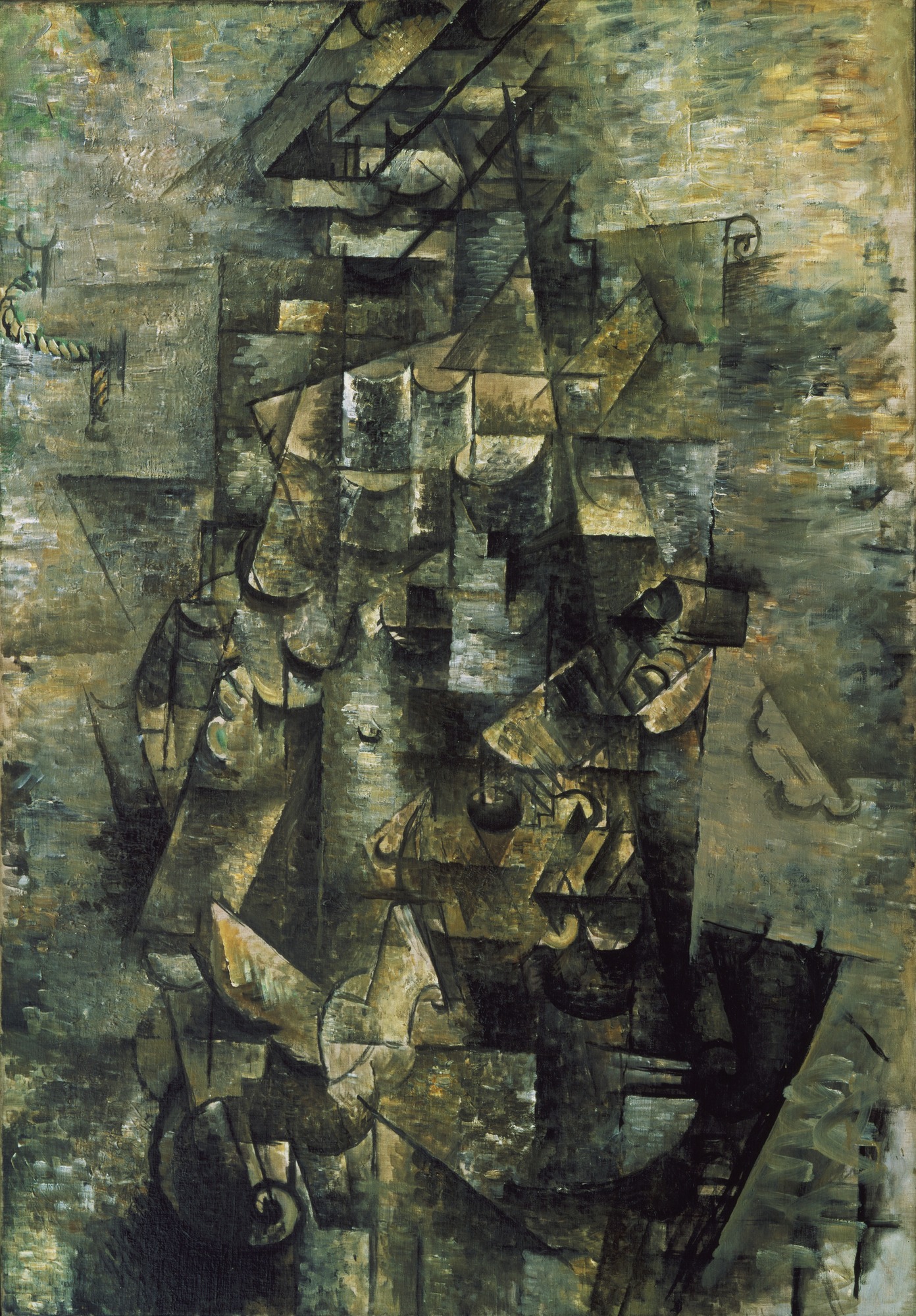 In both works, the artists obscure their subjects, but certain identifiable objects remain—a facial feature, the neck of the guitar, a wine glass, text, the work’s title. Ask your students how an artist other than Picasso or Braque might have depicted Parisian café culture. Ask them why these two works may be difficult for viewers to decipher. Tell them that Picasso and Braque, in creating a new style of representation, wanted their viewers to be challenged in precisely this way.
Explain to students that both works were the result of an intense collaboration and friendship between Picasso and Braque as they explored their new style, developing the foundations of Cubism by exchanging ideas and artworks, often painting side by side.
Ask students to think of a time when they collaborated on a project with someone. Ask them what each partner brought to the project, whether there were disagreements, and how those disagreements were resolved. Ask students what was enjoyable or challenging about the collaboration, and how their experience would compare with Picasso and Braque’s. Picasso and Braque worked together so closely that many people had trouble distinguishing their work, and the artists often left the signatures off their canvases in order to encourage the confusion. Braque described their relationship as that of two mountaineers roped together.

Have your students explore the idea of multiple perspectives by taking pictures of the same subject from many different angles. Using these pictures or parts of them, students should make a single two-dimensional collage that depicts the subject from various viewpoints.

To explore the idea of artistic collaboration in the spirit of Picasso and Braque’s projects, have your students write a letter or e-mail to a partner about a new or past artwork. The letter should describe what the work looks like, what message it conveys, and what process they used in creating it. The partner then writes a letter in response and shares a work of his or her own. Proceed with a few rounds of exchange. Through these letters, students may decide to collaborate on a joint work or project.

Go to Lesson 3: Art and Movement →