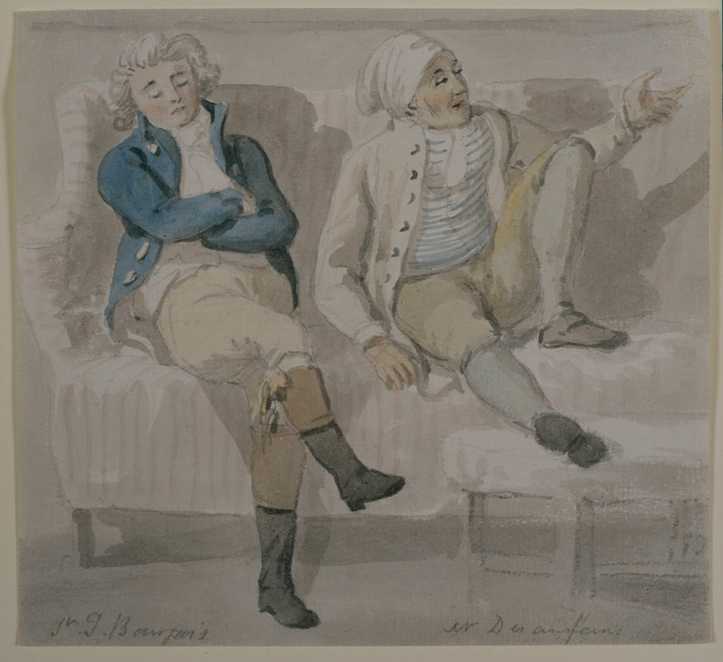 Founded in 1811, Dulwich Picture Gallery is the world’s first purpose-built public art museum. The Gallery emerged out of one of the most successful art dealerships in London during the late 18th century, a partnership between the Frenchman Noël Joseph Desenfans and his younger Swiss friend, the painter, Sir Peter Francis Bourgeois. In 1790, Desenfans won a commission to form a royal collection for the Polish King, Stanislaus Augustus. Yet, the collection never reached Poland. After the country was occupied by Russia in 1795 and following the King’s death in 1798, Desenfans was left with a large quantity of pictures on his hands for which he had not received payment. In private, he sold individual works from his Polish stock and replaced them with additional important purchases. In public, he sought a home for this steadily-growing collection by approaching, amongst others, the Tsar of Russia and the British Government, without success. Desenfans died in 1807, but his younger partner took over and continued to expand the collection. When Bourgeois, too, died in early 1811 following a horse-riding accident, he left a will bequeathing the collection to Dulwich College ‘for the inspection of the public’, thereby effectively creating England’s first public gallery. This gift added to the collections previously formed by Edward Alleyn (1566–1626) and William Cartwright that were already held by the College. The project to create a permanent picture gallery to house the paintings was given concrete form by Bourgeois’ good friend, the architect Sir John Soane; a commission which also included a mausoleum for the Gallery’s founders.

Today, alongside its permanent collection of Old Master paintings, the Gallery hosts an active programme of temporary exhibitions, as well as public events and community engagement.

Prior to his death, Bourgeois had anticipated an adaptation of the College’s Jacobean structure to house the picture collection, leaving a sum of £2000 for the purpose. Soane, however, declared the existing buildings unsound and proposed an entirely new college and picture gallery complex. (Figure 1) Under pressure from the College governors, Soane’s elaborate plan for an Oxbridge-style quadrangle with one wing as Gallery space was eventually pared back to a single Gallery building adjacent to the existing school. Yet, even scaled-down, Soane estimated that his design would cost in the region of £11,270, substantially more than Bourgeois had provisioned. The deficit was generously met by the College as well as Desenfans’ widow Margaret (1731–1813), an heiress with an independent income that supported the acquisition of many of the notable works in the collection. Soane did not charge for his services and constructed the gallery in low-cost London stock bricks, only using expensive Portland stone in the lantern, frieze and along the base of the building. 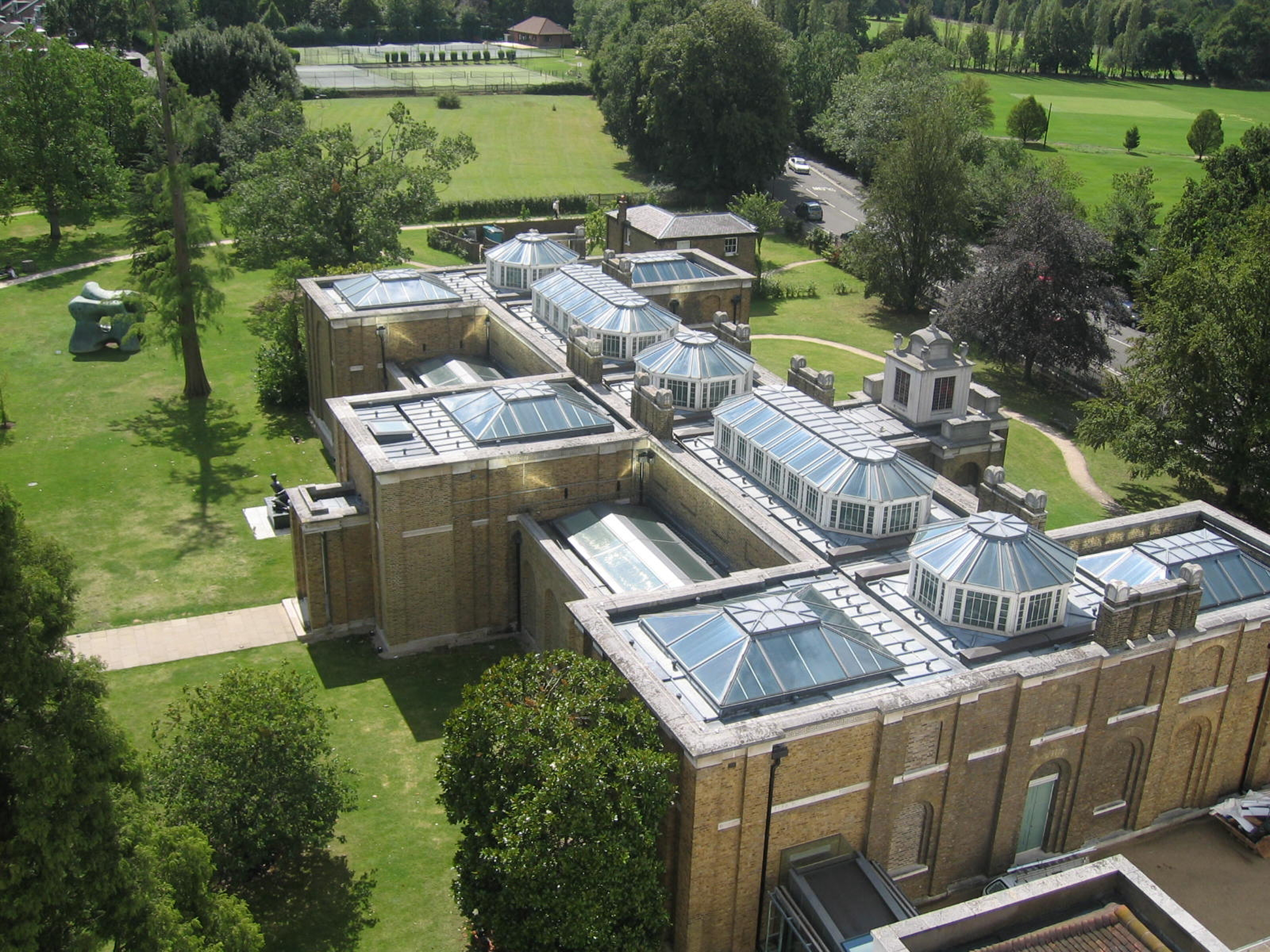 Figure 3: Mausoleum Exterior. By Permission of the Trustees of Dulwich Picture Gallery, London

Faced with extremely limited funds, Soane pursued a simplified design. The pared-down forms of the Gallery’s exterior subtly allude to the classical style, featuring giant flat pilasters, arched windows, and, on the plain east front, two towering blind arches. Decorative elements in the building’s design were largely reserved for the mausoleum, where Bourgeois, Desenfans, and Margaret are buried. (Figure 2) Located to the west of the building, the space is shaped to recall a funeral monument, with urns atop the building, sarcophagi above the doors, and sacrificial altars in the corners. In the 20th century, the mausoleum’s exterior would serve as inspiration for the design of Giles Gilbert Scot’s red telephone box. Inside, the Mausoleum is differentiated from the rest of the building by the use of coloured amber glass, creating a warm light that Soane referred to as a ‘lumiere religieuse’. The interior of the Gallery itself consists of an enfilade of five rooms linked by a series of arches. Soane’s ingenious solution to lighting the galleries involved running great skylights along the length of the building, thus maximising the wall space available for the display of paintings. This inventive use of natural top-lighting was subsequently much-imitated in museum design throughout the 19th and 20th centuries.

The building took four years to complete (1811-1814), however, due to various hiccoughs (including problems with the heating), the Gallery did not open to the public until 1817. Since then, the Gallery’s structure has undergone a number of alterations. In 1866 Charles Barry Jr (1823-1900) added a lobby to the south end of the gallery (removed in 1953), and in 1884 the alms-houses that were once attached to the building were converted into additional galleries. Further rooms were added in 1910 by the College’s architect E.S. Hall, but not completed until 1937 under the supervision of H. S. Goodhart-Rendel. The building was severely bomb-damaged in 1944 during the Second World War but was rebuilt in replica by the architects Austin Vernon Associates under the guidance of Arthur Davies RA and Sir Edward Maufe RA. More recently in 2000, a further extension designed by Rick Mather (1937-2013) was added to provide education facilities as well as modern-day amenities.

The picture collection originated with the bequest of Edward Alleyn to Dulwich College, his own charitable foundation, in 1626 and grew in 1686 with the bequest of William Cartwright of mainly British paintings. The collection was increased significantly by Bourgeois’ bequest in 1811, and given a proper home through the creation of Soane’s Gallery. 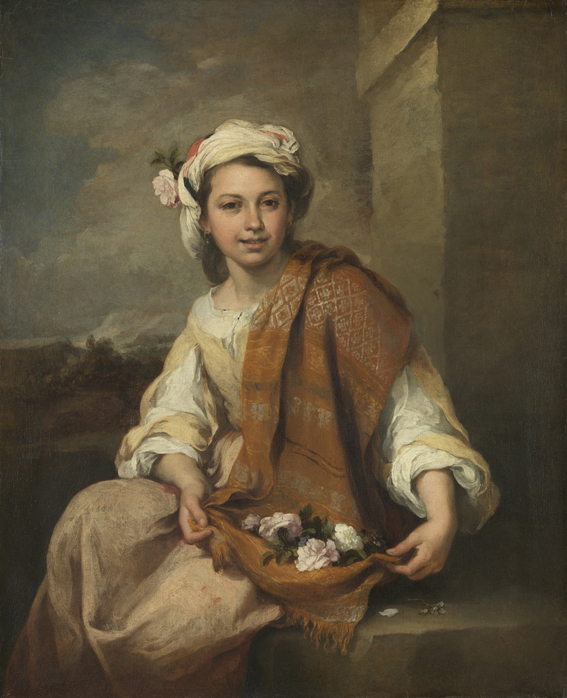 The Gallery’s origin as a royal - possibly national - collection is witnessed by the breadth of artistic schools covered; Italian, French, Flemish, Dutch and Spanish painting are all represented, so as to illustrate the diversity of European painting in microcosm. Many of the leading painters of the Baroque age are featured, and the collection includes multiple works by Rembrandt van Rijn, Peter Paul Rubens, Bartolomé Esteban Murillo, Anthony van Dyck and Guido Reni. Amongst these, highlights include Rembrandt’s Girl at a Window (1645) and Murillo’s Flower Girl (c. 1665-70). (Figure 5)

The Gallery has a particularly impressive group of works by Nicolas Poussin, including the much-celebrated Triumph of David (c. 1632). (Figure 6) Desenfans and Bourgeois seemingly had more difficulty acquiring 16th-century paintings, and the Renaissance is illustrated by two Raphael predella pieces (c. 1502), a fragment from Paolo Veronese’s Petrobelli altarpiece (c. 1563), a portrait by ‘Leonardo’ which has since been re-attributed to Piero di Cosimo (c. 1500), as well as numerous other works by ‘Titian’ and ‘Tintoretto’ which have likewise been given to followers. 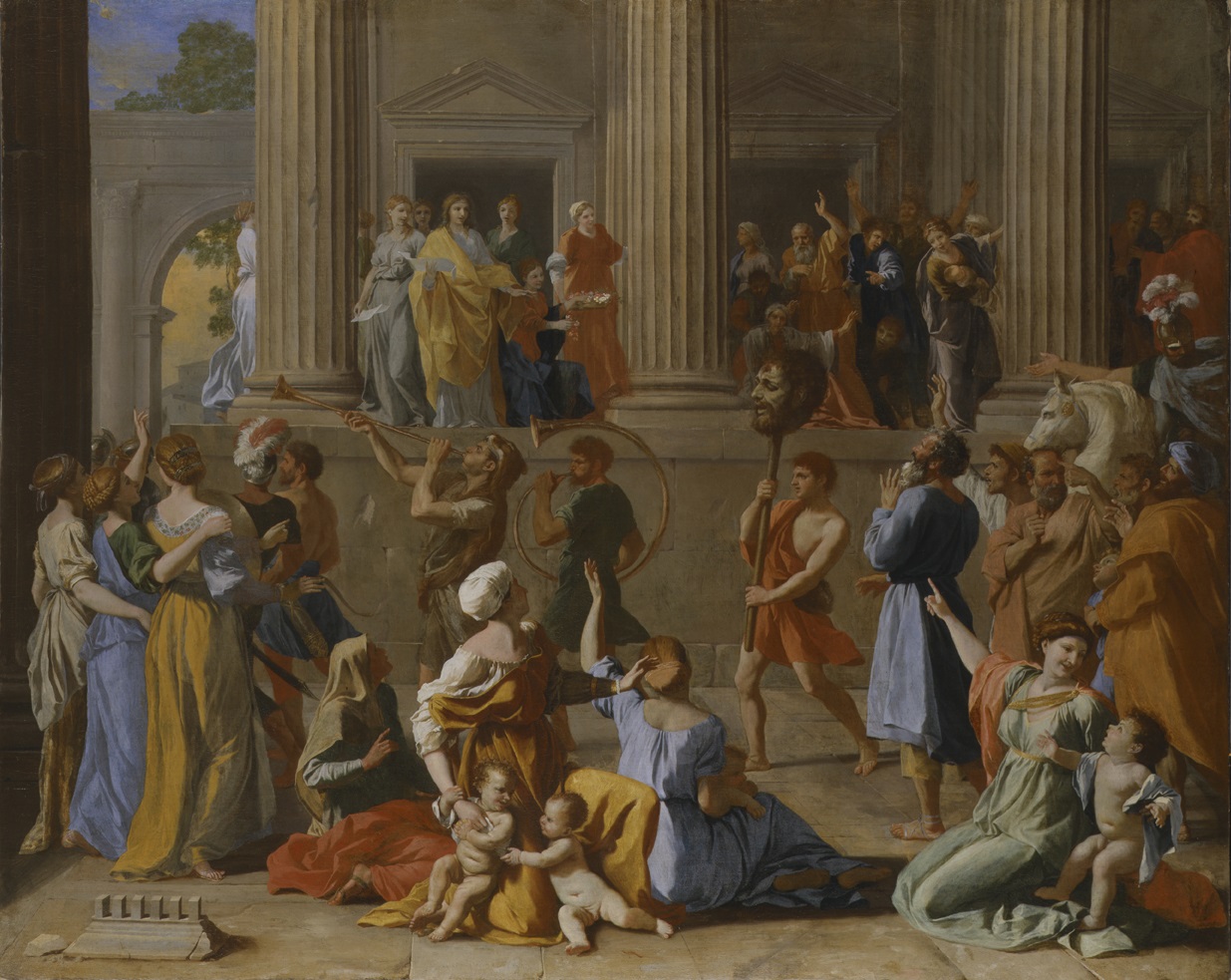 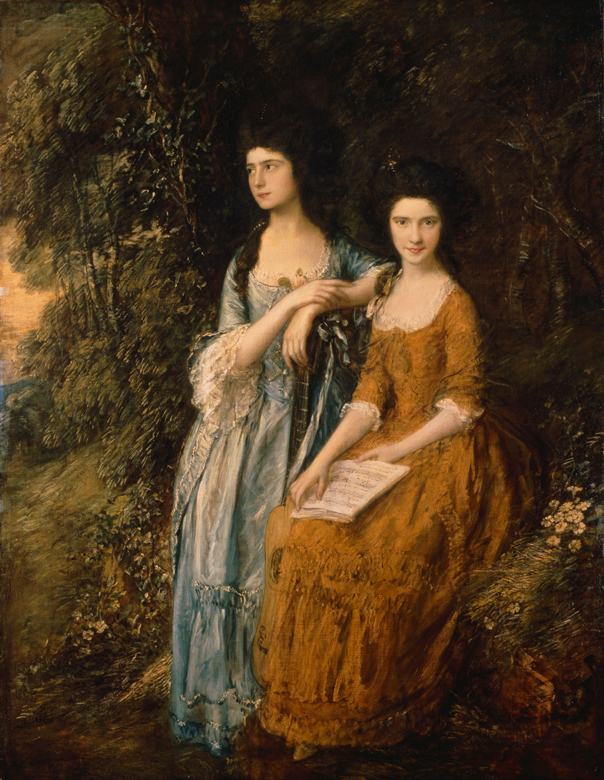 Similarly, British painting was not especially well represented in the Bourgeois Bequest, with only a few high-quality examples including a studio copy of Joshua Reynold’s Mrs Siddons as the Tragic Muse (1789). The great collection of English painting at Dulwich is largely due to two later donations. The first was the group of Linley family portraits given to the Gallery in 1835, which included Thomas Gainsborough’s double-portrait of Elizabeth and Mary Linley (c.1772, retouched 1785). (Figure 7) The British collection was expanded further through the gift of the painter-dealer Charles Fairfax Murray in 1911 of forty-six paintings. Mainly portraits, the gift also included Peter Lely’s Nymphs by a Fountain (early 1650s), a rare example of Lely's early explorations in narrative painting. Since the Fairfax Murray bequest, the collection has been added to through the occasional acquisition or gift, such as Canaletto’s View of Walton Bridge (1754), given to the Gallery in 1917, or, more recently, James Stephanoff’s A Viewing at Dulwich Picture Gallery (c. 1830). (Figure 8) Purchased by the Gallery in 2012, the watercolour offers a rare view of how Dulwich Picture Gallery may have appeared at the beginning of the 19th century, shortly after it was first opened to the public.

Since its foundation, the collection has acted as a source of inspiration for artists and writers. Throughout the 19th century, the Gallery maintained a close relationship with the Royal Academy (RA), and in his will Bourgeois had stipulated that Academicians make an annual visit to Dulwich to inspect the pictures and advise on their conservation. In return for their inspection of the pictures, the Academicians were also granted the permission of borrowing paintings for the Academy schools. A copy made at the RA by John Constable in 1830 after Jacob van Ruisdael’s Landscape with Windmills near Haarlem (c. 1650-2) hangs in the Gallery today. (Figures 9, 10) Academicians were also granted special privileges when visiting Dulwich, although any artist could request permission to copy the pictures. Numerous artists and writers came to visit the collection, and the visitor books bear the signatures of both local residents and contemporary celebrities, including Claude Monet, Walter Sickert, Auguste Rodin, Edith Wharton and Virginia Woolf. Dulwich was frequently mentioned in guidebooks and commentaries throughout the 19th century, as well as the occasional work of non-fiction such as The Pickwick Papers (1836) by Charles Dickens and Alton Locke (1850) by Charles Kingsley.