Benezit: Letter from the Editor, 2017 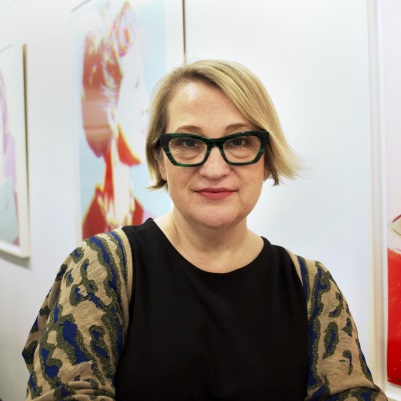 In 2017, it is more critical than ever that we, as art historians, writers, curators, librarians, and museum professionals, seek to encourage dialogue between cultures and nations. In a time when borders and exchanges across them are being challenged, art plays a vital role in keeping these channels open.

My tenure as Editor in Chief of the Benezit Dictionary of Art has provided an exciting and important opportunity to expand the resource, and to provide additional entries on subject areas that are of personal interest to me: women artists that have historically been overlooked or underrepresented; contemporary and historical African American artists; Middle Eastern and Latin American artists; and untrained artists. While representation for women artists in institutions and academe has vastly improved, there is still a long road to travel to equality. For this reason I commissioned entries on women artists ranging from New York-based Barbara Nessim, Marilyn Minter, Mickalene Thomas, and Ursula von Rydingsvaard to artists further afield on the west coast of the US including Yvonne Rainer and Suzanne Lacy and European, Latin American and Middle Eastern artists including Babette Mangolte, Tania Brugera and Susan Hefuna. Paving the way for younger female artists to enter Benezit was an especially exciting aspect of the work, and I’m very grateful to writers who penned entries on Diana Al Hadid, SWOON, Virginia Overton, K8 Hardy, Juliana Huxtable and Zackary Drucker. As a feminist art historian, I wanted to add to the lexicon of women artists immortalized by Benezit. I am hopeful that future editors will continue these efforts toward gender parity.

Geographical diversity in the form of including more artists from non-Western countries was one of my ambitions as Editor in Chief. We, as art historians and professionals, are all too familiar with the domination of the art world by white European and American artists, as illustrated by the canonical history of art. In the past two commissioning cycles, I have been fortunate to work with a talented group of local and international writers who contributed entries on artists from Africa and the Middle East including Yto Barrada, El Anatsui, Hayv Kahraman, Ahmed Mater, Farshad Moshiri, Ayman Balbaacki, and several more. I hope that these entries will help open up discussions on emerging centers of contemporary art—from Beirut to Marrakech—and the importance that the role of the arts plays in these communities.

Untrained artists, often called outsider artists, are an important segment of the art market and are also often among the most inspiring practitioners, both today and in past eras. The discovery of artists working in isolation, as exemplified by Henry Darger, is becoming an increasingly rarer experience. Today, many untrained artists are supported by organizations such as Creative Growth Center in Oakland and Fountain House Gallery in New York, as well as keen private collectors. I am happy to have included some of these practitioners in my commissioning. For them, art is a pure expression and, perhaps, also therapeutic.

When we look back at history, we cherish art, architecture, and literature as ways of understanding past eras. The creative act has flourished even during times of discord, and art has transcended conflicts and national borders. I hope that some of the artists that I’ve included in the recent Benezit update will provide a glimpse into life in 2017 as we are living it today.

I would like to give my heartfelt thanks to Michelle Wilson and Alodie Larson at Oxford University Press, as well as to all the authors who have generously contributed their time, ideas, and expertise to Benezit. It has been a pleasure to work with this incredible team and I feel fortunate to have had the opportunity to do so.

Read the previous letters from the editor: