Benezit Letter from the Editor 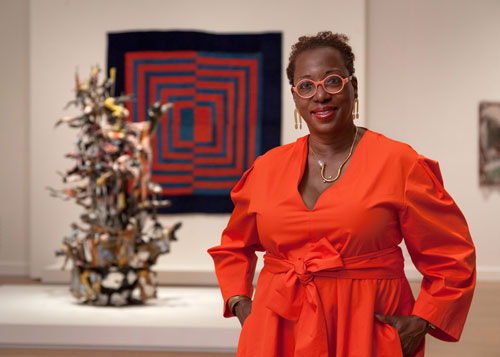 I began my tenure as Editor in Chief of the Benezit Dictionary of Artists in January 2020. At the time of my Editor’s Letter, the landscape felt expansive and welcoming of the opportunities to insert new narratives once omitted.  I had proposed a slate of artists and contributing writers who would work within this vein, pushing toward that “tipping point” of change into the more sustainable and expected category.

Three months later, the world was in the midst of a global pandemic that filled us with fear and anxiety.  The political landscape felt all the more unstable both in the United States and abroad as racism, bias, and state sanctioned violence laid bare the fact that we were experiencing two pandemics: one that would destroy our health and the other that could tear our society apart at the seams. As the pandemic(s) wore on, the weight of fatigue necessitated that things move slower and in pace with what could be managed.

It is worth repeating that now, more than ever, it is critical that we, as art historians, writers, curators, librarians, and museum professionals, seek to endeavor to “do the work.” Work that allows for a greater understanding of our collected histories and their impact upon our current world, fosters an engagement that expands existing art historical narratives, and provides the necessary scholarship to sustain new dialogue for the cultural landscape.

As Editor in Chief, I remain committed to expanding the resources for those visiting the site by providing additional entries that highlight: women artists who have historically been overlooked or underrepresented, contemporary and historical African American artists, and artists who were not trained in the academe.

It has been vitally important to add an intergenerational dimension to the roster of artists featured by these new commissions. And I am keen to continue to expand the holdings of Benezit to feature those artists whose careers are experiencing upward trajectories both early on and after many years of production.

While geographic diversity has been a focal point of past editors, I felt what has remained greatly overlooked are those artists living and working in the Southern United States. Commissions for Radcliff Bailey, Deborah Roberts, and Joyce Scott attempt to address this lack of representation.

Artists who have not been trained in the academy are often marginalized as outsiders; however, they are of significant importance to the art historical landscape and should be exalted for their intellectual and conceptual rigor, as well as their amazing compositions. Artists such as Thornton Dial,  Bessie Harvey, Lonnie Holley, and Purvis Young are among those being celebrated in the new round of commissions, building upon the momentum now taking place in museums across the globe.

To enhance the commissioned entries, I have also configured a space to bring the artists more front and center to readers. An interview with an artist will be featured on the website quarterly beginning with the inimitable painter, Sam Gilliam. Crafted as a casual interview, these features provide a humanistic lens from which artists can be viewed that parallels their practice as noted in the entries that immortalize them. I have enjoyed creating these, and hope you will enjoy reading and learning from them.

Over the course of the last two years, I have been fortunate to work with a talented group of young writers who have contributed entries on the aforementioned artists and many more. My sincere gratitude for their thoughtful entries that now live on Benezit.

Sincere thanks to Emmalee Ortega, Morgan Smith, and Alodie Larson at Oxford University Press, and the authors who have generously contributed invaluable resources of time and scholarship to Benezit. I am exceedingly honored to have had the opportunity to work with you and look forward to experiencing the fruits of our labor.

Read the previous letters from the editor: