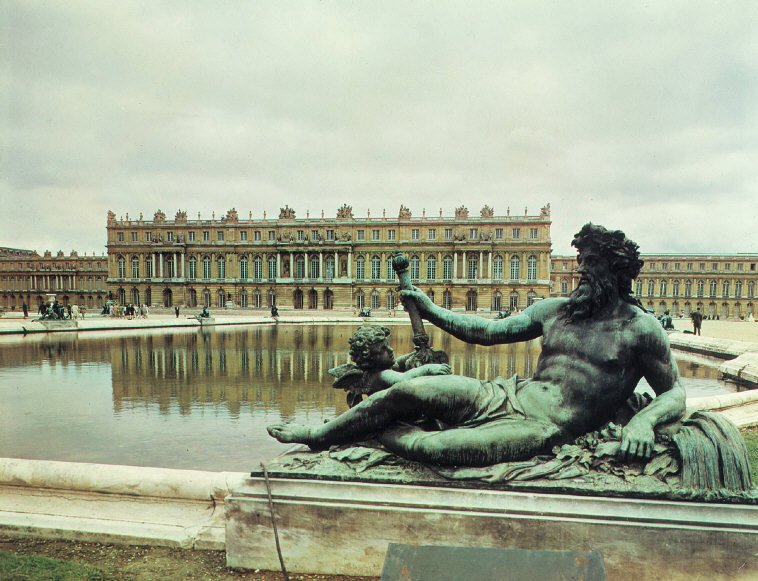 Baroque was the principal European style in the visual arts of the 17th century. The term covers various national styles that range from the complex and dramatic Italian art of the 17th century to the restrained genre scenes, still-lifes and portraits characteristic of the Dutch Baroque. In Italy, Caravaggio painted altarpieces and introduced innovations such as dramatic lighting effects that influenced painters like Artemisia Gentileschi. Other artists, such as the Giovanni Battista Gaulli and Pietro da Cortona, executed illusionistic ceiling paintings. Gianlorenzo Bernini, the most celebrated Baroque artist in Rome, produced the famous baldacchino (central altar) of St Peter’s and groundbreaking sculptural works such as Apollo and Daphne. In Spain, Francisco de Zurbarán executed pious religious paintings, and Diego Velázquez became the great painter of the Spanish Baroque.

In northern Europe, the Netherlands was divided into two parts, the Northern Netherlands (present day Netherlands) and the Southern Netherlands (present day Belgium and part of France), each usually referred to as Holland (North) and Flanders (South). Peter Paul Rubens and his workshop dominated the art of Flanders with the creation of dramatic and powerful religious altarpieces and portraits of the ruling families of Italy and France. One such example is the elaborate allegorical personification series for Marie de’ Medici. Landscape, still-life and genre painting were the main types of works produced for the Dutch market. Works such as the flower still-lifes of Rachel Ruysch, Johannes Vermeer’s intimate genre pictures, and Rembrandt’s moving religious paintings and penetrating portraits illustrate these emerging types of art. In France, art conveyed the power and prestige of the monarchy and predominately utilized the classicism of the Greco-Roman tradition. The most extensive architectural project of the 17th century was Versailles, both its palace and gardens, in which the classical style was used to convey the absolutist power of the French monarchy under Louis XIII and Louis XIV. Many of the concerns of Baroque artists, such as the direct observation of the world around them, emotional and dramatic expression, and the manipulation of light and colour, impacted later styles such as Neo-classicism and Romanticism.