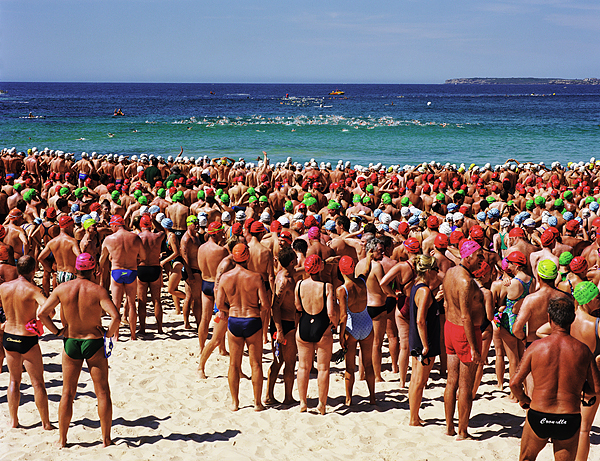 Art in Australia since White settlement in 1788 was dominated by landscape painting, a genre closely linked to Australian nationalism and identity. The emergence of a strong modernist movement in the 1930s displaced that landscape tradition, which had moved from the excitement of late 19th century plein-air innovation to an often reactionary but quirky nationalist academism. As a result, much of Australian art in the latter half of the century participated in the dominant modernist and then postmodernist modes established by peers in the cultural hubs of Europe and New York, but at a definite distance, the distorting effect of which was taken up and exemplified in the works of Sidney Nolan and Imants Tillers. By the late 1980s, however, many Australian artists emerged from a postmodern aesthetic, albeit one that was distinctive, to explore themes of international contemporaneity, the themes of globalisation, decolonisation and mass media, that propelled Australian art into international markets and biennales. Photography now flourished as a lens to document an overwhelmingly urban and increasingly multicultural society, a movement evident in the large-scale documentary works of Anne Zahalka and the intimate suburban landscapes of Ian North. Photography was also the vehicle for ambitious artistic constructions, exemplified in Rosemary Laing’s highly staged insertions of objects into spectacular landscapes and Bill Henson’s brooding, dystopic portraits of youth. The Australian art market boomed from 1995 onwards, a boom fuelled by both advancements in technology and the proliferation of art fairs and biennales, and so collectors began to focus on young artists working in photography, installation and video. At the forefront were internationally acclaimed artists such as performance collective The Kingpins, mixed-media artist Patricia Piccinini (working to create hyper-realistic, hybrid life forms), and Shaun Gladwell (working with video).

Concurrent with the explosion of the Australian art market in the 1990s, Aboriginal art garnered international recognition. Previously regarded popularly as ‘primitive’ or ethnographic, the emerging contemporary Aboriginal art appealed to White Australia’s conflicted desire for cultural reconciliation as much as its need to recognize the explosion of artistic production in Aboriginal communities across the country, in which artists explored themes of cultural alienation as much as the transformation of ancestral Dreamtime mythology into symbolic abstract paintings. The first wave of contemporary Aboriginal painters to rise to prominence included Clifford Possum, Rover Thomas, Paddy Bedford and Emily Kame Kngwarreye, who utilized repertoires of dots, blocks of color, charged negative spaces or gestural brushstrokes to evoke the sense of a sacred, collective ‘knowledge’. Collectors and museums began to actively collect contemporary Aboriginal works, including the younger, art school-trained generation of Aboriginal artists working in the same cosmopolitan modes as artists worldwide. Artists such as painter Gordon Bennett, whose biting conceptual paintings reinterpreted Australian colonial history, and photographer and filmmaker Tracey Moffatt, whose often surreal, cinematic photographs portrayed more recent social conflicts and traumas, asserted themselves not as practitioners of Aboriginal art, but as contemporary artists working from local histories that resonated with the displacement and dislocation that occupied contemporary artists everywhere. Although Australian contemporary art is framed within the international and globalised art world, it is noted by a keen awareness of geographic place and national identity. The articles in this subject guide offer a starting point to begin investigating Australian modern and contemporary art.