“Architecture is the thoughtful making of spaces. It is the creating of spaces that evoke a feeling of appropriate use.”

Louis I. Kahn (1901–1974) believed strongly in the value and importance of architecture in society. Kahn felt that well-designed buildings could influence and improve people’s lives. He is known for his monumental building projects and also for his role as an artist, teacher, and philosopher of architecture. At first glance, Kahn’s work appears simplistic in its form and program. Upon closer investigation, however, layers of incredible programmatic complexity and design innovation become apparent. Kahn (“Lou,” to his friends and close colleagues) was resolute in his philosophy that architecture is the thoughtful making of spaces whose design can and should simultaneously reveal the story of their construction and meet the aesthetic and functional needs of the people who inhabit them. He believed strongly that architecture should appeal not only to practical and aesthetic needs but also to the humanistic needs of the people and communities it serves. He was continually striving to create spaces that evoked a sense of spirituality, a sense he felt was lacking in the built environment of that time. With every project, Kahn’s starting place was the same. Whether he was designing a place of worship, a school, a private residence, or an art museum, he always asked himself questions, trying to define and articulate the unique qualities embodied by that institution. But how does one translate those qualities, which are immaterial and immeasurable, into a material and measurable building? This was the root of Kahn’s quest. His desire to elevate architecture from the design of utilitarian forms to meaningful and important spaces, coupled with his rigorous attention to programmatic detail and construction and his interest in the inspirational and transcendent quality of architectural spaces, set him apart from other architects of his time.

Kahn earned a bachelor’s degree in architecture from the University of Pennsylvania in 1924. He studied closely under Paul Cret, an architect educated at the École des Beaux-Arts, who advanced a classical approach to design. Kahn and Cret balanced classicism with a democratic approach, allowing for designs that addressed the differing requirements of each project. Upon graduation, Kahn worked as a draftsman at a Philadelphia architecture firm, where he applied his fine-tuned drawing skills. Eventually, after working at several firms, he established his own office in Philadelphia in 1935. Kahn was inspired by the work of many modern architects, including Le Corbusier, Frank Lloyd Wright, and Ludwig Mies van der Rohe, and was equally drawn to classical and ancient forms of building. He synthesized old and new building styles by designing monumental forms that spoke of the past but employed current construction and design solutions.

To plan and execute his ideas, Kahn worked collaboratively with a team of consultants and architects in his own office. Together they used basic building materials such as concrete, brick, steel, glass, and marble, combining them with technical innovations in ways that in some cases had never been attempted before. Kahn was a perfectionist and often worked for several years on a project, seeking an ideal solution. In addition to his work designing buildings, he wrote about architecture and lectured at universities throughout the United States and abroad. He was also a professor of architecture at Yale University and at the University of Pennsylvania, where he taught until his death in 1974. Kahn was a devoted teacher who felt he often learned more than he taught. He said, “A good question is always greater than the most brilliant answer,” and, “The right thing done badly is always greater than the wrong thing well done.” [Louis I. Kahn, quoted in Wilder Green, “Louis I. Kahn, Architect: Alfred Newton Richards Medical Research Building,” Museum of Modern Art Bulletin 28(1) (1961): 3.] Kahn’s work is now part of the canon of architecture history, and it serves as a source of inspiration in postmodern and contemporary building.

Kahn, like many architects, looked to the structures of the past for inspiration. Have your students compile some images of ancient architecture by searching the Great Buildings Web site at www.greatbuildings.com. On this site you can browse through images of pyramids, cathedrals, and Greek temples, among many others. Next, have your students go on an “eye spy” tour of their neighborhood, looking for buildings that might have design elements that remind them of the past. These could be domes or cupolas, classical columns, or Grecian pediments.

Louis Isadore Kahn was born in 1901 on the Baltic island of Osel, Estonia (a country in northern Europe that borders Latvia to the south and Russia to the east). At the age of four, Kahn moved with his family to Philadelphia, Pennsylvania. Kahn’s father was a glass painter and his mother worked in the textile industry. Shortly after their arrival in Philadelphia, his father became unable to work and the family was supported solely by his mother. Kahn attended public schools and supplemented his education with art classes at the local industrial art school, where he focused on drawing. He excelled in his studies and earned a place in a prestigious public high school, where he was introduced to architecture through the study of world history. He continued to attend art classes throughout his high school career. Despite his family’s financial hardships, Kahn flourished in Philadelphia, a city that he loved and continued to live in as an adult. An acquaintance of Kahn has related this anecdote: “Once he was asked why he didn’t move to New York City where obviously fame and fortune would more readily be his and Lou answered quickly, why would he want to be a Philadelphian living in New York City?” [Richard Saul Wurman, What Will Be Has Always Been: The Words of Louis I. Kahn (New York: Rizzoli, 1986), Introduction.] 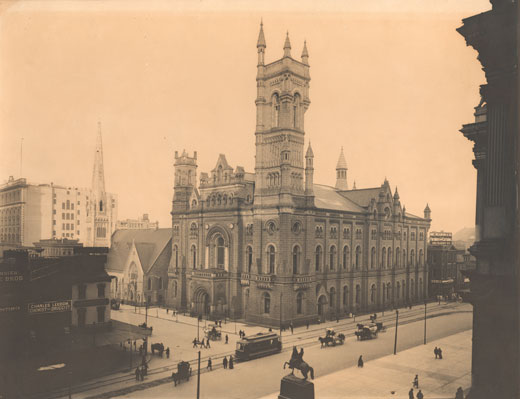 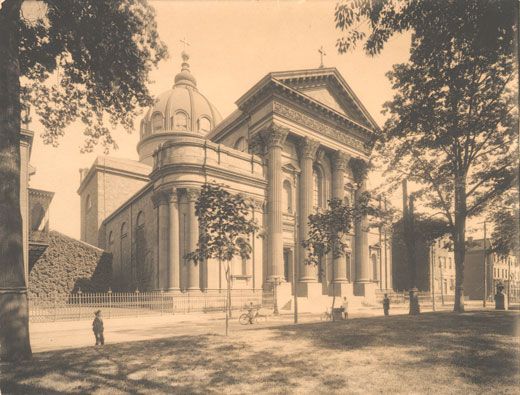 Have your students document their neighborhoods in drawing, photography, or collage. Ask them to include elements that represent important personal narratives. This could be the dance school where they take classes, the soccer field where they play sports, or the shop where they work. Have your students write one- or two-sentence artist statements that encapsulate their ideas.

Go to Lesson 1: What is Architecture? →