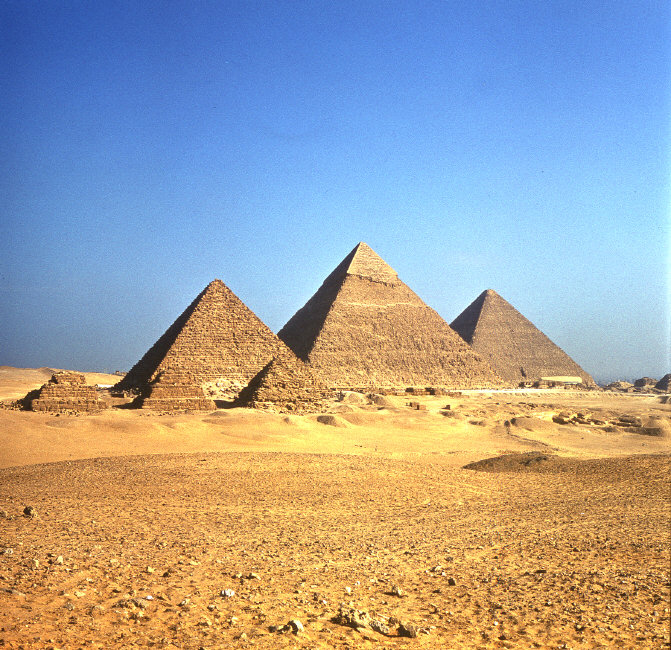 The civilization of ancient Egypt flourished in the Nile Valley in north-eastern Africa for three and a half thousand years, from c. 3000 BC to AD 395. ‘Egypt is the gift of the Nile’, remarked Herodotus the Greek traveler and historian writing in the 5th century BC. The Nile’s annual floods made Egypt an extremely fertile place and supported the vibrant life that developed along its banks. The ancient Egyptians built an abundance of spectacular monuments; erected grand temples to their immortal gods and goddesses, such as the monumental complexes at Karnak and Luxor; created innumerable statues of their immortal pharaoh god-rulers, the ancient Egyptian kings; and built thousands of tombs to serve as eternal abodes to the dead in the Valley of the Kings. The monumental and timeless art of the Egyptians expresses the unchanging order of their worldview that for them was divinely ordained.

Archaeological excavations such as the discovery of the tomb of King Tutankhamen in 1922 have yielded spectacular artifacts such as sumptuous metalwork, jewelry and elaborate furniture. The tomb of Nebamun at Thebes contains well-preserved frescoes depicting the deceased noble hunting in a verdant landscape and festive scenes of musicians and dancers. Recent groundbreaking exhibitions, such as Hatshepsut: From Queen to Pharaoh (New York, Metropolitan Museum of Art, 2006), are important contributions to art historical, archaeological and gender studies. Modern excavations and research continue to shed light on royal commissions and funerary art in order to reconstruct a historical narrative of Egyptian art and culture that still fascinates the contemporary world.