The Power of Drawing

Kahn learned to paint and draw at a very young age. As a child, he enrolled in after-school art classes, which he continued until he graduated from high school. In architecture school he learned how to create different types of architectural renderings. When he graduated from college in 1924, it was these skills that earned him his first job in an architecture firm—as a draftsman. In 1928, he decided to spend a year in Europe to experience great architecture of the past. He began his journey in England, then traveled across northern Europe and on to Italy and France. While he was in Europe, Kahn made many drawings that were much more painterly than the precise renderings he had created in architecture school and at the Philadelphia architecture firm. Using watercolor and pencil in new ways, he employed his new style throughout a body of work that illustrated structures that interested him for their compositional elements.

Even as Kahn’s career as an architect escalated, he never abandoned painting and drawing, and he continued to create and exhibit artwork throughout his life. He also continued to travel throughout the world, creating drawings of the structures that inspired him. This lesson explores the different techniques of drawing Kahn used to articulate his ideas. 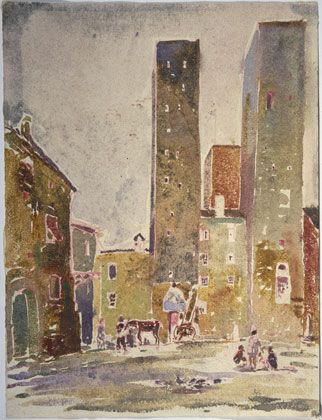 Inform your students that this is a watercolor sketch of San Gimignano, a small town in the Tuscan region of Italy. Kahn made this sketch while he was traveling in Europe in 1928.

Kahn’s travel sketches were not rendered in perfect perspective. He was interested in capturing the essence of the place he was drawing, which had to do more with the feeling of the environment and less with documenting exact architectural details.

“No object is entirely apart from its surroundings and therefore cannot be represented convincingly as a thing in itself; also the presence of our own individuality causes it to appear differently than it would to others. . . . There is no value in trying to imitate exactly. Photographs will serve you best of all, if that is your aim. We should not imitate when our intention is to create—to improvise. . . . I try in all my sketching not to be entirely subservient to my subject, but I have respect for it, and regard it as something tangible—alive—from which to extract my feelings. I have learned to regard it as no physical impossibility to move mountains and trees, or change cupolas and towers to suit my taste.” 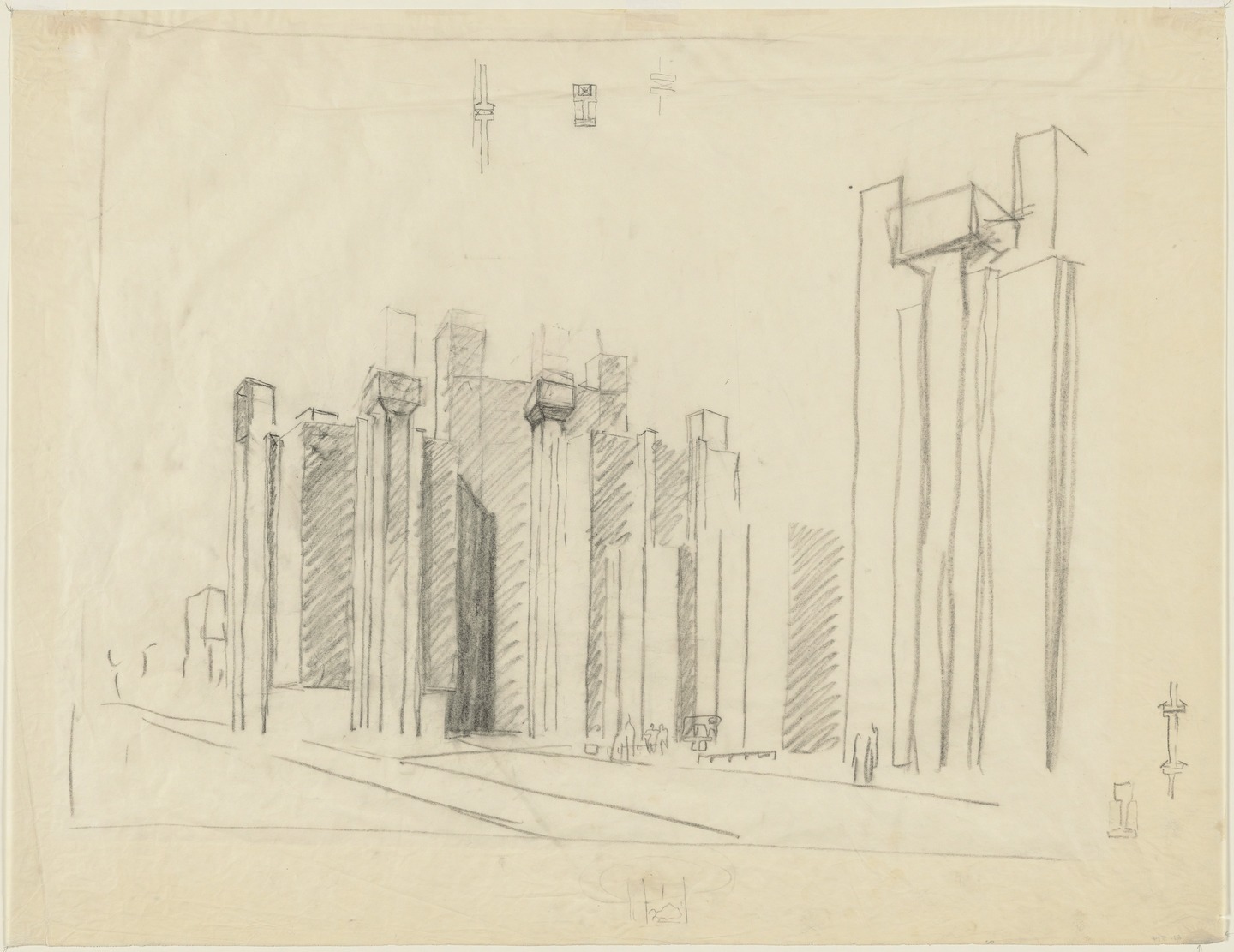 In 1957, Kahn was commissioned by the University of Pennsylvania to design a new research laboratory for the medical school. Until this time, Kahn had not built a high-rise structure. For the Richards Building he designed three laboratory towers surrounded by four monumentally scaled air-intake stacks. This was an early sketch he made to document his overall idea. He went on to create many more drawings, rendered in greater detail.

Architects create perspective sketches as a nonprecise way of articulating a main idea—much in the same way Kahn’s drawing of San Gimignano gives us a sense of the mood of the place without precise, photorealistic details. The main idea in this perspective sketch is the relationship of the overall size, shape, and scale of the structures. Kahn began the design process with sketches like this to illustrate his broad concept rather than specific details. 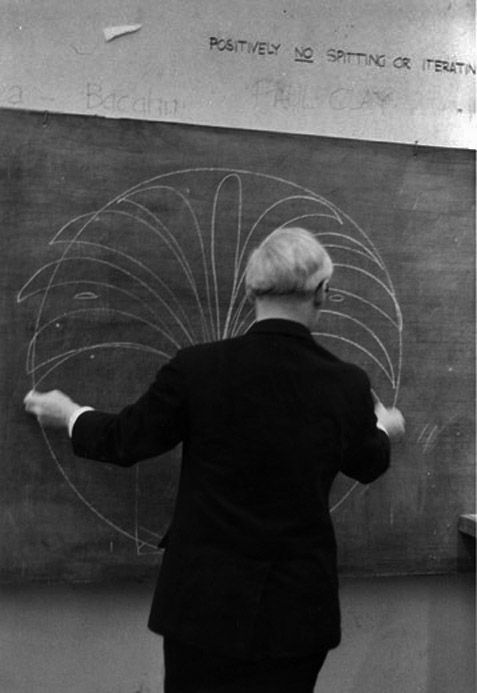 Have your students visit a place in their community and spend some time observing what is there. Have them consider what mood or feeling the design of the place conveys. Encourage them to position themselves in different places in order to gain multiple perspectives. Have your students choose one perspective to render through the drawing techniques of their choice. Exhibit your students’ work around the classroom and lead a discussion in which students talk about their processes.

Go to Lesson 3: The Process of Design →