Enlivened by ever-higher record prices attained at auction and in private sales, interest in art markets has dramatically increased during recent decades. Since exceptionally high prices attract commensurate media attention, the subject has attained a new level of public interest. Scholarly consideration of art markets, too, has intensified. The investigation of art markets has always been embedded in art historical studies but previously presented itself in different guises: as the history of collections, as art connoisseurship, or as provenance history, to name but a few.

Art markets can be divided into a primary and a secondary market. The primary market is where works are first sold after they were created by an artist; the secondary market deals with any subsequent re-sales, whether through a dealer’s private transaction or at auction. Auctions are often regarded as the only viable benchmark for an object’s worth, as the price formation process can be openly observed and results are generally accepted as objective.

Auctions have existed since Classical antiquity, although they fell into disuse by the Middle Ages. During the Renaissance period in Italy art patronage blossomed, but there was hardly a liquid market for portable art objects of the type that defines art markets as we know them today. A key historical moment in the formation of such liquid markets for portable objects was the emergence of a collector-base within the mercantile middle-class of Flanders, Holland, and some parts of Italy during seventeenth century. A network of private dealers and auctions now created synergies, which allowed for a flourishing market of mostly paintings. However, especially in Protestant Holland, art markets could not openly operate as a form of luxury consumption. 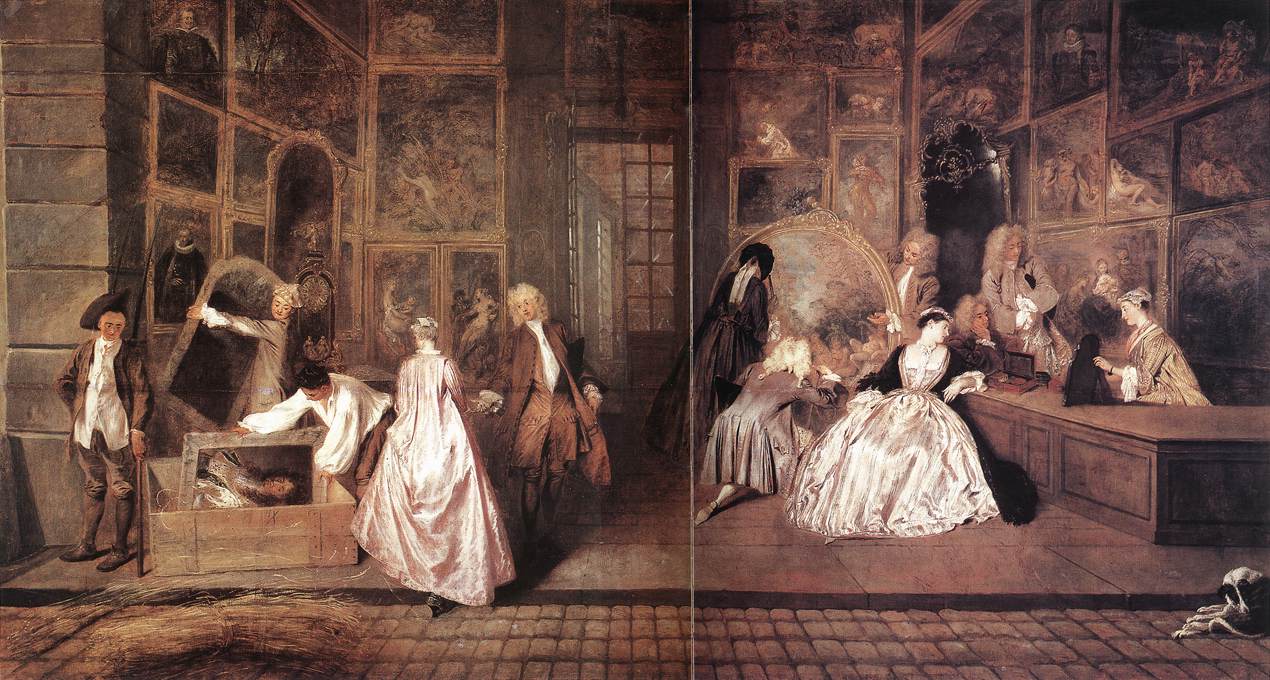 This attitude changed in eighteenth-century France. Edmé-François Gersaint was a French art dealer who traveled frequently to the Low Countries to acquire exotic shells and, later, Netherlandish art. His trips inspired him to hatch the idea of auctions as a marketing tool that transformed art markets into venues of luxury consumption for a general audience. He was the first to conceive, for instance, lavishly illustrated auction catalogs to inspire the fantasy of his buyers. By the middle of century, Paris functioned as a leading international clearinghouse at the crossroads of several art markets (Italy, Holland, etc.), but London was already on the rise as a major competitor, where auction companies like Christie’s and Sotheby’s emerged. The French Revolution made London’s ascent over Paris as the most highly capitalized art market center irreversible: while in France noble collections were confiscated and dispersed, the value of art dropped by more than half, and inflationary money and wars destroyed confidence of both buyers and sellers, British aristocrats and dealers took advantage of the situation and rose to a leadership position as international market makers. 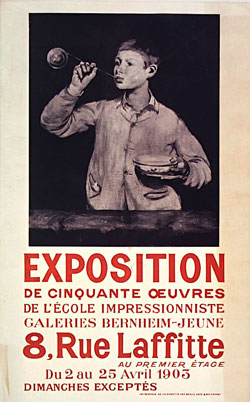 Over the course of the nineteenth century, art markets expanded exponentially. Art by living artists was frequently sold side-by-side with Italian Renaissance and Baroque or Netherlandish seventeenth-century masters. Barbizon School painters became the first living artists to directly sell their works at auction. Expansion of global trade and colonialism made the arrival, on a larger scale, of antiquities from the Middle East, of porcelain from China and Japan, or even of African artifacts possible. By the time of the Impressionists, the Parisian Salon’s monopoly for the display of contemporary art was challenged by private dealers, such as Bernheim-Jeune and Durand-Ruel. After the end of the Civil War, the United States emerged as the first major non-European center of demand. Early American industrialists―the “robber barons”―built mansions mimicking Versailles and bought European art, old and new, at above-market levels, culminating in the American dealer James F. Sutton’s acquisition of Millet’s Angelus at the 1889 Secrétan sale for more than half a million francs, and, in 1911, in Peter A. B. Widener’s purchase of Rembrandt’s The Mill from England for the same amount in dollars. 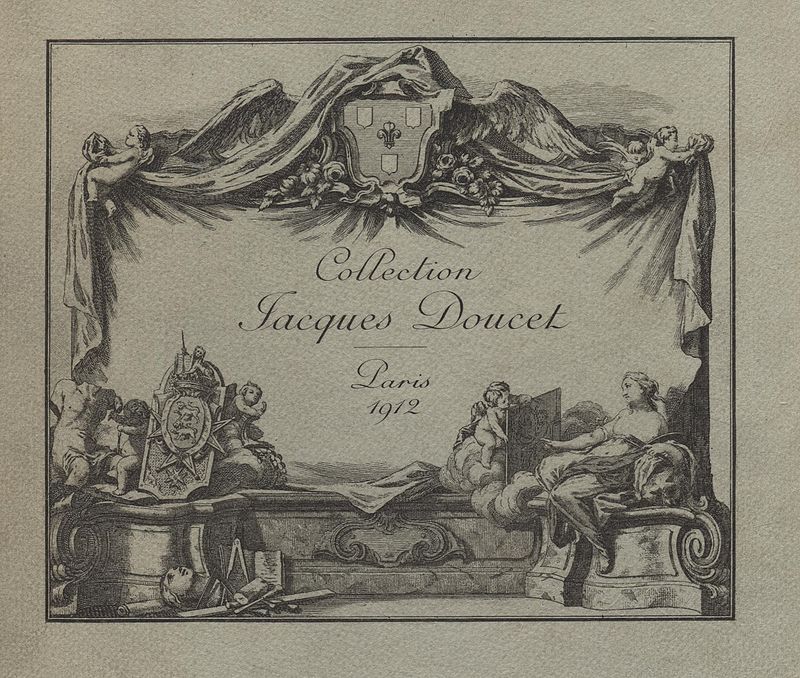 Catalog of the sale of the collection of Jacques Doucet, Paris, 1912, public domain

The art markets of the twentieth century were defined by the vicissitudes of two world wars, the triumph of modern and contemporary art, as well as the chase for record prices and the rise of the internet by the very end of the century. Old masters still held a seemingly unassailable position in the international art markets at the beginning of the twentieth-century. An early trailblazer of the shift in taste towards modern aesthetics was Jacques Doucet, the first owner of Picasso’s Demoiselles d’Avignon, who sold his Rococo and neo-Rococo interior at auction in 1912 to replace it with modern art and furniture, such as Modigliani paintings and Eileen Gray sofas. Picasso’s and Braque’s Cubism was also at the center of the first known art fund, the Peau de l’Ours, which realized its speculative gains just before the outbreak of World War I.

During the “roaring twenties,” the art markets of the United States, England and France recovered quickly, but this development was brutally cut short by the Black Tuesday of 1929, the subsequent rise of totalitarianism, World War II, and the Holocaust. Until 1945, Old Masters, from Raphael to Rembrandt, occupied the top of the price pyramid of art markets. But after the war, modern and contemporary art would take this place. The rallying cry of the avant-garde to “make it new” resonated not only with critics and other art world insiders, but also with an ever-larger segments of the general public so that suddenly the demand for works by artists ranging from Monet and Cézanne to Picasso and Dalí seemed unlimited. For living artists, there were also unprecedented opportunities in the sale of multiples, such as prints and bronzes, as Picasso’s and Dalí’s cases demonstrate. American modern masters, from Pollock to Warhol, could claim their place in history largely because they fetched prices comparable, if not exceeding, that of their European counterparts.

The triumph of modern art in the art markets finally reached its point of consolidation with the appearance of Japanese buyers in the auction rooms of Christie’s and Sotheby’s during the late 1980s. Paper manufacturer Ryoei Saito, for instance, spent, in May 1990, more than $160 million dollars on van Gogh’s Portrait of Dr. Gachet and Renoir’s Moulin de la Galette during two consecutive evening sales. After the collapse of the Japanese bubble economy a few months later, the art markets calmed down, but embarked on another, more extensive rally during the early twenty-first century. 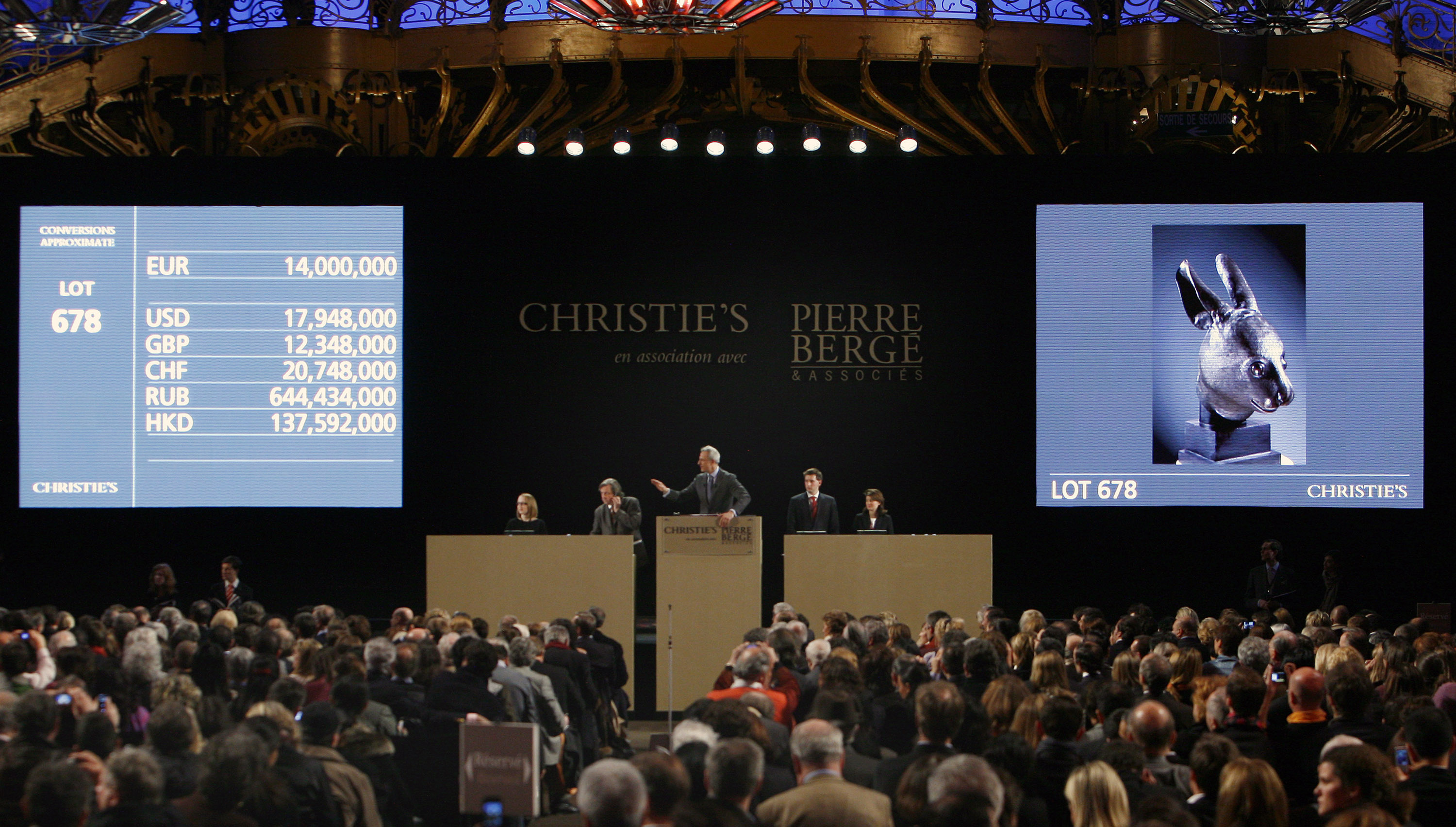 Art Markets today are more globally interlinked, technology driven and eclectic then they have ever been. Undoubtedly, the rise and expansion of the internet played a significant part in this twentieth-first-century success story. One can cite the exponential growth of art markets in China, or the 2017 purchase, through Middle Eastern buyers, of the Salvator Mundi painting attributed to Leonardo da Vinci for $450 million, as instances of these developments. Over the last couple of decades, art markets have grown into a global industry with an annual turnover of about $60 billion dollars that employ hundreds of thousands of individuals. It must be remembered, however, that the dynamics of art markets are not driven by record prices, but by the almost infinite number of small transactions that happen every minute and in every corner of the world.

Find more images and information through these links, selected by the author and Grove Art editors.

Grove Art extends warm thanks to Darius Spieth, the leader of this project, as well as to all of the authors and advisors who shared their time and expertise in the development of these texts.