After the closure in 1933 of the Bauhaus in Berlin, its staff and students dispersed. Many found their way to the USA, where they became highly influential teachers as well as artists and architects. The pedagogical methods developed at the school, particularly in the preliminary course, became commonplace in all levels of art education, as the former centrality in America of life drawing to instruction in the visual arts was now challenged by experimentation with abstract principles of composition and the qualities of individual materials.

Josef and Anni Albers family were the first Bauhäusler to immigrate to the USA. They arrived in 1933 and quickly took up positions at Black Mountain College, NC. In 1950 Josef became chair of the department of design at Yale University, New Haven, CT, from which he retired in 1958. His increasingly rigorous investigations into geometry and colour culminated in a series of paintings entitled Homage to the Square. Many prominent American painters and sculptors, including Eva Hesse, Robert Rauschenberg, Richard Serra, and Cy Twombly, studied with him. Anni, a weaver and a textile designer, was, like her husband, greatly affected by her travels to Mexico. In 1949 she became one of the first women and the first textile artist to have a solo exhibition at the Museum of Modern Art in New York City. 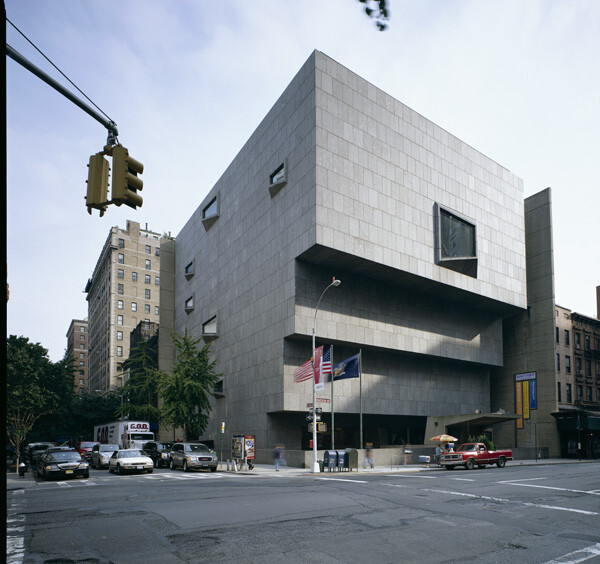 In 1937 Walter Gropius, the founding director of the German Bauhaus, was appointed chair of the department of architecture at the Graduate School of Design of Harvard University, Cambridge, MA. Gropius brought the architect and furniture designer Marcel Breuer to Harvard in an attempts to instil specific Bauhaus pedagogies in the American school. The two also shared an architectural practice until 1941, the year that Breuer moved to New York, where he established his own firm. Their most celebrated joint work was the Gropius House of 1938 in Lincoln, MA. Breuer’s independent designs include St John’s Abbey Church Collegeville, MN (1954–61), and the Whitney Museum of American Art, New York (1963–6). In 1945 Gropius established TAC (The Architects Collaborative) with seven young architects. Although TAC’s work, which included the Graduate Center at Harvard (1948–50), was not as widely admired as that of the Gropius–Breuer partnership, many of Gropius’s Harvard students, including Philip Johnson, I(eoh) M(ing) Pei, and Paul Rudolph, enjoyed enormous success. Gropius devoted much of his attention to the stewardship of the Bauhaus’s reputation; with his wife Ise and Herbert Bayer he organized an important exhibition of the school at the Museum of Modern Art, New York, in 1938, whose catalogue was for many years the chief work on the subject in English.

Ludwig Mies van der Rohe, the last director of the German Bauhaus, arrived in Chicago in 1938. For the next 20 years he directed the Department of Architecture at the Armour Institute of Technology (later renamed the Illinois Institute of Technology (IIT)), Chicago, IL. He, too, brought former Bauhaus pedagogic techniques and staff with him. Ludwig Hilberseimer taught urban planning and the photographer Walter Peterhans taught visual training. Although few IIT architecture graduates achieved the same fame as their most renowned Harvard counterparts, Mies van der Rohe was far more successful in the USA than Gropius. An exhibition held at the Museum of Modern Art in 1947, and curated by Johnson (who also wrote the accompanying catalogue), cemented his reputation as one of the 20th century’s most important architects. In addition to his many buildings for the IIT campus, his most celebrated American work includes a pair of glass-walled apartment blocks at 860–880 Lakeshore Drive in Chicago (1948–51) and (in collaboration with Johnson) the Seagram Building, New York (1954–8). He also designed the new Nationalgalerie in Berlin, Germany, which opened in 1968.

Chicago also became the home of László Moholy-Nagy and Lucia Moholy. The latter was an independent photographer, while the former was a photographer, designer, and teacher in the German Bauhaus. He established the New Bauhaus in 1937, followed in 1938 by the School of Design, which in 1944 became the Institute of Design. Former Bauhaus students on the faculty included industrial designer Hin Bredendieck (1904–95) and weaver Marli Ehrman (1904–82). Moholy-Nagy adhered more closely to the Bauhaus curriculum than did other émigrés. The Institute of Design, folded into IIT in 1949, quickly became a preeminent location of American design education; faculty hired by Moholy-Nagy included John Cage and György Kepes.

Not all Bauhaus émigrés had teaching careers, however. The graphic designer Herbert Bayer, who arrived in New York in 1938, is better known for his engagement with the Aspen Institute and the International Design Conference.

In America the Bauhaus proved to be far more than a style; for well over half a century after the school’s closure, the extremely varied work of former Bauhäusler and their students included much of the most challenging art and architecture created in the USA.