Architecture and the automobile [motor car]

Architecture and the automobile [motor car]

Architecture and the automobile have been intimately connected since the late 19th century. The attributes of cars required specific architectural solutions for manufacture, sales, and service. On a broader level, the overall built environment was forever changed by roadside structures designed to meet the needs of drivers. 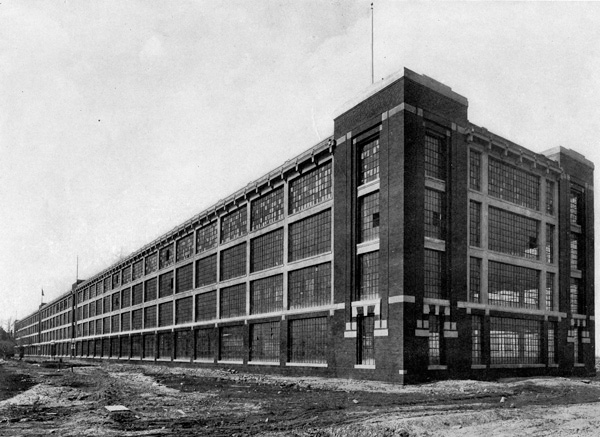 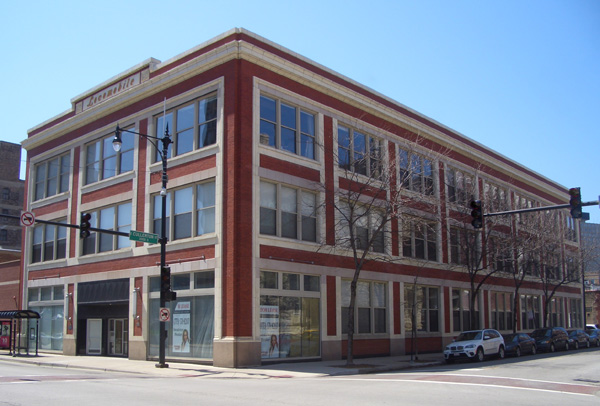 Beyond making cars, manufacturers had to provide physical spaces to sell and service automobiles. By 1910 many cities had developed retail districts devoted to merchandising and maintaining cars. Known as automobile rows, examples included South Michigan Avenue in Chicago, Commonwealth Avenue in Boston, or upper Broadway in New York City. Elaborate dealership buildings were envisioned as part of a company’s larger sales strategy. Spaces were divided by function to reduce sales resistance and screen the undesirable aspects of motoring from view. In Chicago’s Locomobile Building (1909, by Jenney, Mundie & Jensen; see fig.), for instance, the cars were displayed in an opulent sales area, while maintenance and storage areas were hidden. In the early period of dealership construction, most urban dealerships still maintained an unbroken street wall and had show windows aimed at pedestrians. After World War II, dealerships moved to suburban locations and took the form of a building set back from the street surrounded by a large lot of cars for sale, with free-standing signage aimed at drive-by, not pedestrian, traffic. By the 1980s and 1990s, single-franchise dealerships were challenged by multi-franchise auto malls, which in essence functioned as supermarkets for cars. Some showcased different brands in a single building, while others consisted of clusters of dealerships selling various models. 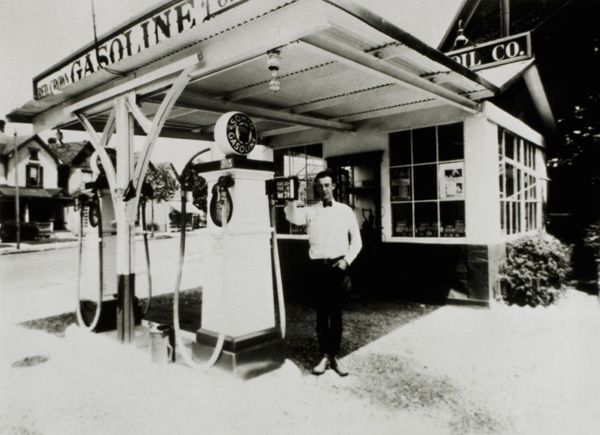 Buildings devoted to selling gasoline (petrol) and servicing cars appeared before 1910 and became common in many regions by World War I. Some were little more than a shed to house an attendant, on a lot with sufficient space for cars to pull off the street for refuelling. By the 1920s civic reformers began to criticize the visual chaos of gasoline stations, particularly in wealthy districts; station owners responded with elaborate buildings in historicist styles. By the 1930s oil companies understood the benefits of a coherent visual image, realized in the Texaco service stations (1934–7) created by industrial designer Walter Dorwin Teague. Using the Streamlined Moderne style, Teague coordinated the building, pumps, and signs as a unified advertising statement, a technique widely adopted by other oil companies by the 1950s and 1960s. By the late 20th century changes in environmental regulations and the economics of the petroleum industry made independently owned stations staffed with mechanics rare. Once common, service bays disappeared from new construction, and many gasoline stations became convenience stores in the form of a glass-walled box surrounded by ranks of gasoline pumps and prominent, colourful signage.

Much automobile-age architecture was designed for entrepreneurs, real-estate developers, and corporations to provide retail space and emphasize corporate identity. Shopping districts such as the Country Club Plaza in Kansas City, MO (1922, by Delk and Kessler) and Shaker Square in Cleveland, OH (1929, by Small and Rowley) provided stores and restaurants for upper-income suburbs. The Park and Shop Shopping Center in Washington, DC (1930, by Arthur B. Heaton; see fig.) contained 10 stores and off-street parking for 44 cars. Though garbed in Colonial Revival details, it may rank as one of the first strip malls. Open-air retail areas were eventually followed by enclosed, all-season malls such as Southdale Shopping Center (1956, by Victor Gruen & Associates) in suburban Minneapolis, MN. Independent business owners also built the first accommodations for automobile tourists. By the 1920s, motor courts, consisting of cabins in a variety of colourful styles, became common along well-travelled routes. The first Holiday Inn opened in 1952 near Memphis and presaged other franchised lodging chains that became ubiquitous in the following decades. Roadside restaurants followed a similar transformation from individually owned, sometimes quirky structures to buildings that sold a standardized product and image. Beginning in 1929, Howard Johnson, a Boston businessman, franchised his Colonial Revival style restaurants with distinctive orange tile roofs. By 1940 his system included outlets from Maine to Florida and an exclusive contract to open restaurants along the new Pennsylvania Turnpike. Numerous other franchised restaurants followed, most famously Ray Kroc’s McDonald’s chain. Kroc opened his first outlet in 1955 in Des Plaines, IL; the design (see fig.) was based on one of the original McDonald’s restaurants by California architect Stanley Clark Meston (1910–92). By the 1960s franchise architecture, corporate signage, and automobile-related sprawl dominated the American roadside. Though decried as visual blight by critics, these elements, as Venturi, Scott Brown, and Izenour noted in their landmark work Learning from Las Vegas (1972), defined the iconography of the modern automobile landscape.