Term applied to works of art concerned with real and apparent movement. It may encompass machines, mobiles and light objects in actual motion; more broadly, it also includes works in virtual or apparent movement, which could be placed under the denomination of Op art. Kinetic art originated between 1913 and 1920, when a few isolated figures such as Marcel Duchamp, Vladimir Tatlin (see fig.) and Naum Gabo conceived their first works and statements to lay stress on mechanical movement. At about the same time Tatlin, Aleksandr Rodchenko and Man Ray constructed their first mobiles, and Thomas Wilfred and Adrian Bernard Klein, with Ludwig Hirschfeld-Mack and Kurt Schwerdtfeger at the Bauhaus, began to develop their colour organs and projection techniques in the direction of an art medium consisting of light and movement (1921–3). Although László Moholy-Nagy and Alexander Calder pursued more or less continuous artistic research into actual motion in the 1920s and 1930s, it was only after 1950 that the breakthrough into kinetic art, and its subsequent expansion, finally took place. Such artists as Pol Bury, Jean Tinguely, Nicolas Schöffer and Harry Kramer played a leading part in this development as far as mechanical movement was concerned; Calder, Bruno Munari, Kenneth Martin (iv) and George Rickey in the domain of the Mobile; and Wilfred, Frank Joseph Malina (1912–81), Schöffer and György Kepes in that of lumino-kinetic experiment.

The term ‘kinetic art’ followed a similar evolution. Gabo had spoken of ‘kinetic rhythms’ in his and Antoine Pevsner’s Realist Manifesto (Moscow, 1920) at the time of his first moving sculpture, Kinetic Construction (or Standing Wave, 1919–20; London, Tate); Moholy-Nagy had used the adjective ‘kinetic’ intermittently during the elaboration of his Light Prop (or Lichtrequisit, 1929–30; Cambridge, MA, Busch-Reisinger Mus.) from 1922 to 1930; and Victor Vasarely applied the term ‘cinétisme’ constantly from 1950 to his works in virtual movement. The word also appeared in the Yellow Manifesto, published on the occasion of the exhibition Le Mouvement at the Galerie Denise René in Paris (1955). In 1960 Wolfgang Ramsbott (with the aid of Harry Kramer) published the basic chronology of kinetic art, and in the following years the writings of Rickey, Frank Popper and others, as well as a number of important exhibitions in Europe and the USA, helped to establish kinetic art as a valid art trend. 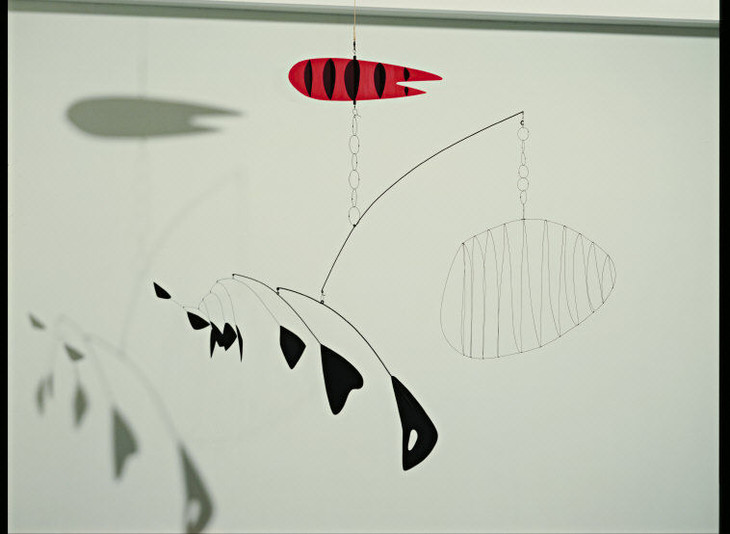 The development of kinetic art from the 1960s can only be fully appreciated by taking into account the spirit in which the individual artists and groups of artists used motion in their works: whether they were within or outside the Constructivist and Dadaist traditions; whether their inspiration was of an artistic, technological or natural origin; and whether their works were conceived in connection with environmental schemes or with a view to the participation of the spectator and his autonomous and even creative behaviour. For a number of artists working in the Constructivist tradition, movement in its own right was the almost exclusive preoccupation, whether like Rickey or Martin they inclined towards touch-, air- or heat-operated mobiles, or whether like Schöffer they preferred mechanical movement. By contrast Calder (see fig.), both in his mobiles and in his occasional motorized works, attached himself to the Surrealist (and Dadaist) tradition. This also predominated in Bury’s almost imperceptibly moving constructions and in Tinguely’s humorous meta-mechanical sculptures of the mid-1950s. American artists such as Fletcher Benton (b 1931), Charles Mattox (b 1910), Howard Jones (1922–91) and James Seawright (b 1936) were virtually untouched by these opposing Constructivist and Dadaist traditions and showed a more direct involvement with modern technology. However, for many artists, the use of kinetic devices was also a means for transcending technology. For Takis it served to render visible hidden magnetic forces in nature (e.g. Magnetic Ballet, 1961; priv. col., see Brett, pp. 30–31); for Piotr Kowalski (b 1927) to establish common principles for technology and art in an ironic vein; for Gerhard von Graevenitz, Enzo Mari (b 1932) and Bruno Munari to lay stress on the principle of creative programming. As regards artists who were using motion mainly in conjunction with light, a distinction could be made between those who continued the purely painterly tradition, such as Malina, Nino Calos and Katsuhiro Yamaguchi, and those who created three-dimensional Constructivist statements, for instance Julio Le Parc, François Morellet, Hugo Rodolfo Demarco (b 1932) and Gregorio Vardanega. Such artists as Liliane Lijn (b 1939) and Nam June Paik might be characterized by their direct approach to physics, whereas Wen-Ying Tsai combined a highly developed interest in electronics with a subtle way of implicating the spectator in the functioning of his cybernetic sculptures, begun in 1968.

In the late 1960s and throughout the 1970s kinetic research was not considered meaningful unless related to the notion of environment. The architectural and urbanistic aspects of this term, with Schöffer’s spatiodynamic and cybernetic towers (built for exhibitions in France in 1954 and 1955) as their prototype (in 1961 a permanent tower was erected in the Parc de la Boverie in Liège), are distinguished from the more artistic use of the term as a closed common space occupied both by the spectator and the plastic statements. This was exemplified by ‘environments’ or installations created by such groups of artists as Gruppo T in Milan, Gruppo N in Padua, the Groupe de Recherche d’Art Visuel in Paris and the group Dvizheniye (Rus.: ‘Movement’) active in Moscow during the 1960s.

By the 1980s, although kinetic art as such had decreased in importance, its influence made itself felt in works that reactivated the notion of audience participation through interaction and also in art forms that, while bordering on the field of science and technology, nevertheless tried to maintain a distinction between scientific invention and artistic imagination. 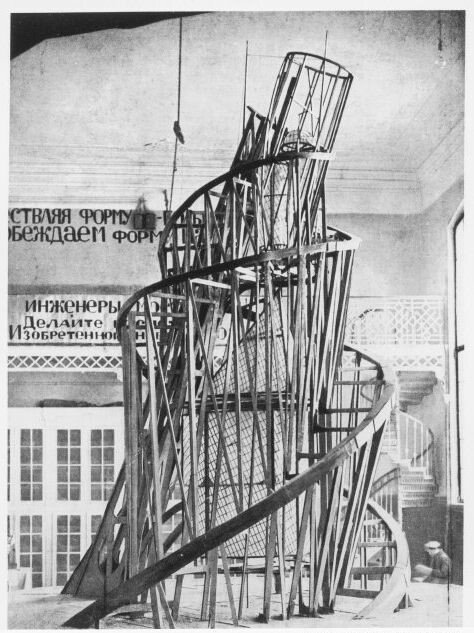