American sculptor. One of the major American Neo-classical sculptors, Crawford learnt wood-carving in his youth. In 1832 he became a carver for New York’s leading marble shop, operated by John Frazee and Robert E. Launitz (1806–70). He cut mantelpieces and busts, and spent his evenings drawing from the cast collection at the National Academy of Design. In 1835 Crawford became the first American sculptor to settle permanently in Rome. Launitz provided Crawford with a letter of introduction to Bertel Thorvaldsen, who welcomed Crawford into his studio, gave him a corner in which to work and provided occasional criticism, including the advice to copy antique models and not Thorvaldsen’s own work. It is not known precisely how long Crawford remained under Thorvaldsen’s tutelage, but it was probably less than a year. Crawford always esteemed Thorvaldsen’s sculpture and continued friendship. 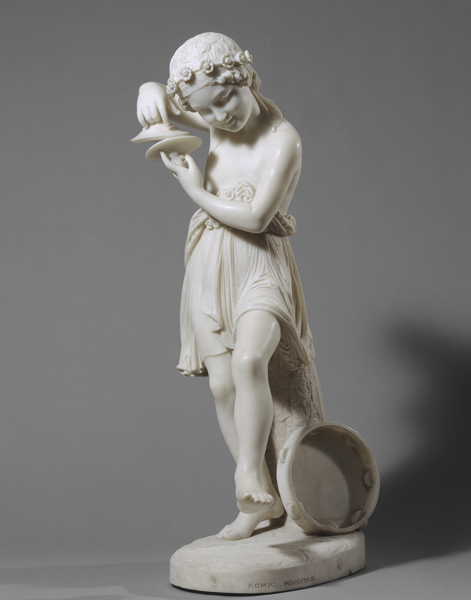 Once in his own studio, Crawford at first eked out a living by producing portraits, such as his bust of Mrs John James Schermerhorn (1837; New York, NY Hist. Soc.). By 1839 he had executed a full-scale plaster of his first major ideal work, Orpheus (Boston, MA, Mus. F.A.). Charles Sumner, the future US senator and abolitionist, persuaded a group of literati to present an over life-size marble version of Orpheus to the Boston Athenaeum, where it was unveiled in 1844 with other sculpture by Crawford: the first solo exhibition by an American sculptor. With its touching subject, careful nudity and echoes of the Apollo Belvedere (Rome, Vatican, Cortile Belvedere)—the statue most revered by Neo-classical artists—Orpheus won Crawford a reputation in Roman, British and, most importantly, American art circles. His rise to eminence was steady, and he found ready American patronage for ideal sculptures. Crawford attained particular success with figures of children, such as the Genius of Mirth (1842; New York, Met.). 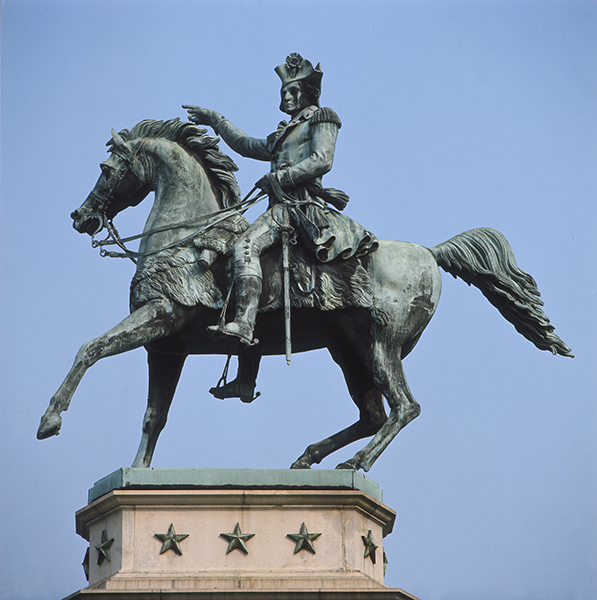 Crawford was singular among the first generation of American Neo-classical sculptors in his success with public statuary. In 1850 he won a competition in Richmond, VA, for his bronze equestrian George Washington. Crawford’s pediment design of the Progress of Civilization was commissioned for the Senate of the US Capitol in 1854. This pediment, composed of figures from America’s past and present, dressed in contemporary costume, was thought eminently suitable for public statuary, and Crawford received subsequent Capitol commissions, including History and Justice (a pediment); bronze doors for the House of Representatives and Senate; and the colossal bronze Armed Freedom for the dome (all begun 1855). Crawford continued to execute ideal figures such as Flora (1847; Newark, NJ, Mus.) and the Peri (1854; versions at Washington, DC, Corcoran Gal. A., and Philadelphia, PA Acad. F.A.), in which his earlier severe Neo-classicism was sweetened by sentimentality, but his career was cut short by his death from cancer at the age of 44. Many of his projects were completed by colleagues in Rome under the supervision of his widow. His plaster models were presented to the New York Central Park Commissioners in 1860 and were exhibited until 1881, when a fire destroyed many of them.

USA, §IV, 1: Sculpture: The Colonial period to World War I