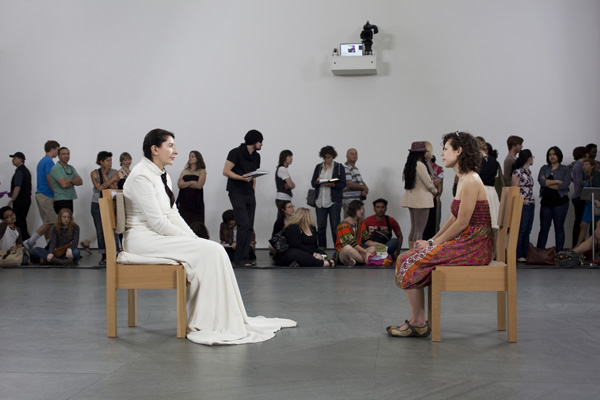 Serbian performance artist, video artist and installation artist. She attended the Academy of Fine Arts in Belgrade (1965–70) before completing her post-diploma studies at the Academy of Fine Arts, Zagreb, in 1972. Her early works included sound recordings installed on bridges, paintings of truck crashes, and experiments with conceptual photography (see Widrich, pp. 80–97). In her first significant performance, Rhythm 10 (1973), she repeatedly and rapidly stabbed the spaces between her fingers with various knives. Later, in Rhythm 0 (1974; see Ward, pp. 114–30), she invited gallery visitors to choose from 72 available objects to use on her body, as she stood unresponsive for 6 hours. Her infamous performance Thomas’ Lips (1975; see M. Abramović and others, pp. 98–105), in which she cut, flagellated, and froze herself, established her practice as one that dramatically explored the physical limits of the human body, as seen in the work of Gena Pane or Chris Burden (see Body art and Body art in Eastern Europe), and also the nature of ritual in the manner of the Viennese artists associated with Aktionismus.

In 1976 she began a series of collaborative works with the German artist, Frank Uwe Laysiepen, (b 1943), called Ulay. Together they explored simple binary oppositions (male/female, active/passive) in durational physical theatre exercises, such as shouting at each other or tying each other’s hair together. For Imponderabilia (1977), the two artists stood opposite each other within a doorway, forcing gallery visitors to negotiate the tightened space by turning to face one of their nude bodies. In their most famous collaboration, Nightsea Crossing (1981–7), the artists faced each other seated across a table for extended periods of up to 90 days. The ritual was inspired by Eastern mysticism and was presented over 19 times in museums and open-air spaces around the world. Abramović and Ulay ended their partnership with The Lovers—The Great Wall Walk (1988; see McEvilley, pp. 65–155), in which each artist separately walked half the length of the Great Wall of China over 90 days, finally meeting in the middle to say goodbye. 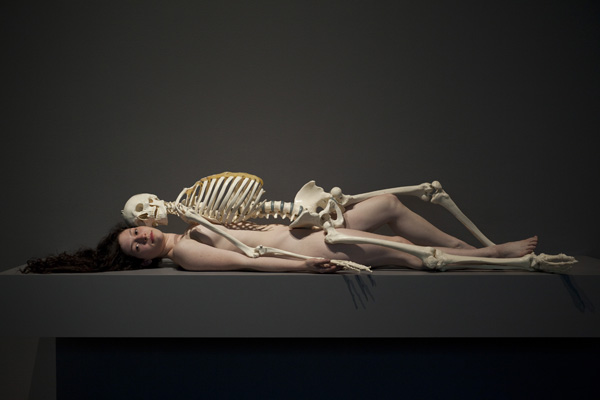 When her association with Ulay ended, Abramović turned to performative sculptural installations requiring audience interaction, such as Black Dragon: Waiting (1990). She also continued to make performances, including Balkan Baroque (1997), where she cleaned bones for four and a half days whilst singing traditional Yugoslavian folk songs. After moving to New York City in 2001, Abramović developed The House with the Ocean View (15–26 Nov 2002), in which she lived without food for twelve days in three minimally furnished, elevated rooms constructed in the Sean Kelly Gallery. As part of the inaugural performance biennial Performa, Abramović presented the ‘re-performance’ series Seven Easy Pieces at the Guggenheim Museum, New York (5–12 Nov 2005; see exh. cat., 2010, pp. 186–201; Santone, pp. 147–52). She requested permission from artists and conducted archival research for her re-enactments of performances by Bruce Nauman, Vito Acconci, Valie Export, Gina Pane, and Joseph Beuys. She also re-enacted Thomas’ Lips (1975) and presented one new performance, Entering the Other Side (2005). Film maker Babette Mangolte was commissioned to document the series for a 2007 film. Continuing her negotiation with the ethical, legal, technical, and aesthetic issues surrounding the documentation and reproduction of performance, Abramović announced plans in 2007 for the Marina Abramović Institute for the Preservation of Performance Art, an educational centre planned for construction in Hudson, NY (see P. Orrell and others, pp. 52–9; Kaufman, p. 1). In 2010 she was the subject of the first performance retrospective at the Museum of Modern Art, New York, titled The Artist is Present. In addition to displaying video, sculptural, and paper documents from her body of work, she hired performers to re-enact earlier performances as living sculptures in the galleries. Meanwhile, in the eponymous performance The Artist is Present (14 March–31 May 2010) she re-enacted Nightsea Crossing (1981–7) by sitting in the museum atrium across from an empty chair through the entire exhibition and inviting members of the public to occupy the chair and face her for as long as they desired (see fig.).