German photographer, sculptor, printmaker, painter, and writer. As a child he developed fear and hatred for his tyrannical father, who totally dominated his gentle and affectionate mother. He and his younger brother Fritz found refuge from this oppressive family atmosphere in a secret garden decorated with toys and souvenirs and visited by young girls who joined in sexual games. In 1923 Bellmer was sent by his father to study engineering at the Technische Hochschule in Berlin, but he became interested in politics, reading the works of Marx and Lenin and joining in discussions with artists of the Dada. He was especially close to George Grosz, who taught him drawing and perspective in 1924 and whose advice to be a savage critic of society led him to abandon his engineering studies in that year. Having shown artistic talent at an early age, he began designing advertisements as a commercial artist and illustrated various Dada novels, such as Das Eisenbahnglück oder der Antifreud (1925) by Mynona, in a style influenced by Grosz.

When the Nazis gained power in 1933, with his father among their keenest supporters, Bellmer announced that he would give up all work that even indirectly could be useful to the State. He began his new career as an artist by building a life-size Doll (destr.) inspired by nostalgic memories of his secret garden and by a production of Jacques Offenbach’s Les Contes d’Hoffmann; it was designed to fulfil his need to escape from reality and to arouse desires associated with the secret sexual encounters of his adolescence. By its provocative eroticism it would strike a blow against tyranny and authority. This first Doll, built with the help of his brother from broom handles, metal rods, carved wood, and plaster of Paris, contained a small panorama enabling scenes lit by a torch bulb to be seen through the navel. Bellmer published ten photographs of this work as Die Puppe (Karlsruhe, 1934), accompanied by a short introduction in the form of an intricate prose poem in which he clearly demonstrated how the seemingly innocent games of the young child had developed into the far from innocent sexual fantasies of the adult.

Bellmer felt artistically isolated and vulnerable in Berlin, where far less provocative works had been branded degenerate by the Nazis (see Entartete Kunst). Having read about Surrealism in art magazines, he sent a copy of Die Puppe to André Breton and Paul Eluard in Paris; the publication of the photographs in the Surrealist magazine Minotaure in December 1934 caused enormous excitement among members of the group, who immediately appreciated the Doll as an ideal Surrealist object because of its conjunction of desire and revolt. Bellmer was acclaimed and adopted by the Surrealists during a short visit to Paris at Eluard’s invitation in February 1935. In the wake of his visit he published a French translation of his book (La Poupée, Paris, 1936) and contributed photographs and drawings to the major group exhibitions of Surrealism in the late 1930s; a street of his elaborate mannequins was featured in the Exposition Internationale du Surréalisme at the Galerie Beaux-Arts in Paris in 1938. 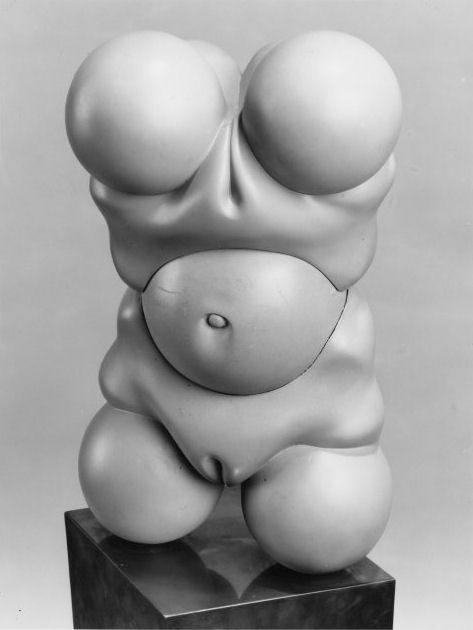 Bellmer’s success with the Surrealists gave him a new confidence. In summer 1935 he amended his Doll (Paris, Pompidou) with ball-joints to give it increased mobility; the stomach was represented by a large sphere around which could be articulated two pelvises, each with its own legs and feet, enabling Bellmer to go far beyond naturalistic representation. The limitless possibilities of what he termed his ‘experimental poetry’ were demonstrated in a volume of hand-tinted photographs, Les Jeux de la poupée (Paris, 1949), incorporating poems by Eluard, and in other such photographs presented as independent works (e.g. The Doll, c. 1937–8; London, Tate). The expressions of suffering and pain in many of these depictions of the violated Doll resonate with visual references to martyrdoms in Renaissance art and to staircase scenes in German Expressionist cinema. When Bellmer escaped from Nazi Germany to Paris in 1938, his Doll was among the few items that he was able to take with him. He produced further variants of this sculpture throughout his life: notable examples include the Machine-gun in a State of Grace (1937, remade 1961; New York, MOMA) and Doll (aluminium, h. 464 mm, 1936, remade 1965; London, Tate).

After World War II Bellmer concentrated on meticulous drawings and prints, many of which illustrated erotic texts by the Marquis de Sade, Heinrich von Kleist, Charles Baudelaire, Georges Bataille, and the poet Unica Zurn, his companion of 16 years; these books included A Sade (Paris, 1967) and Madame Edwarda (Paris, 1965), illustrating Bataille’s text. He also wrote L’Anatomie de l’image (Paris, 1957) in which he explained the mental processes that determined his work. He enjoyed particular success and recognition, in terms of exhibitions and books about his work, during the last 20 years of his life. While his work was sometimes condemned as violently misogynistic, it was also treated sympathetically by at least one feminist critic, Xavière Gauthier, and by writers and critics such as Jacques Lacan, Claude Lévi-Strauss, Michel Butor, and Patrick Waldberg.